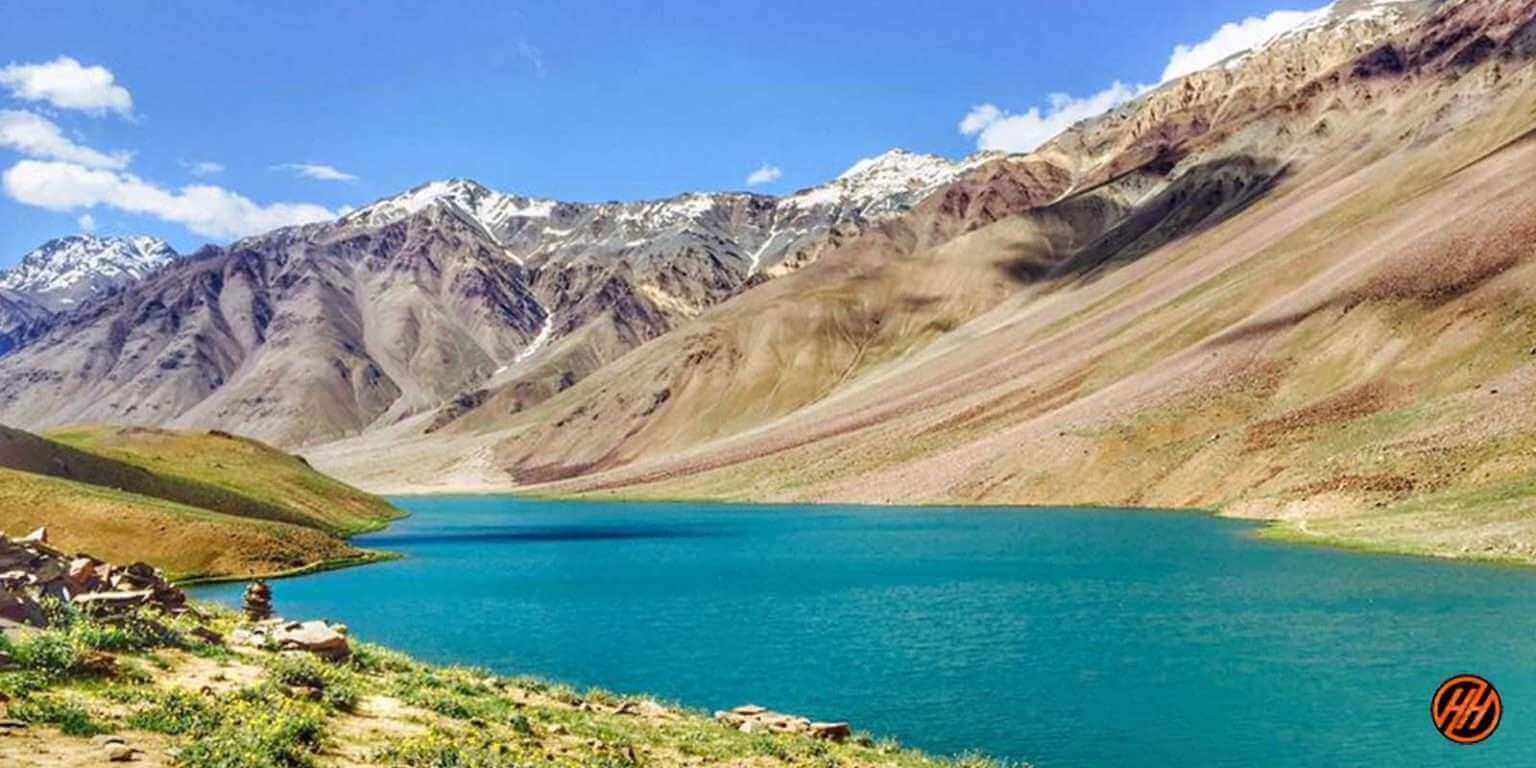 - One of the most magical aspects of visiting Manali is the beauty of nature. Manali is probably one of the first destinations that were instilled in our minds as a snowy destination that resembled the climate and terrain of land which was unlike anything we have seen in our country and the true honeymoon capital of Himachal. Manali is also known as ‘The Valley of Gods.’ Definitely one of the most beautiful places and the go-to spot for all adventure lovers! Meanwhile the place is a haven for backpackers who plan their journey with Journey Of Himalaya.

Chandratal Lake is one of the best lakes in Spiti. Chandratal means “Lake of the Moon”, it is a popular trekking destination in Himachal Pradesh. It is perched at a height of 4250 m above sea level. There are plenty of good lakes in Himachal Pradesh but this lake is liked a lot by Trip to Kaza, Rohtang Pass, Chandertal Lake, Atal Tunnel. At night it looks mind-blowing. Try to capture many pictures whether it's a day- time or night time. Chandratal Lake is also known for its charming surroundings, beautiful clear blue sky with clouds, and white snow covered peaks. This beautiful lake changes its colour throughout the day. Visitors have to witness the unparalleled beauty of Chandratal to believe it.

Rohtang Pass is a personal favourite hub of nature lovers, artists, and photographers for generations, that also offers an access pass to Lahaul and Spiti in summers. Tourists can enjoy thrilling adventures like skiing, paragliding, snowboarding, trekking, etc over here. Additionally, you can stop by Beas Kund, an igloo-shaped temple on top of Rohtang Pass. Rohtang Pass is one the main attractions in Himachal Tour Package.

Also get Best affordable and budget packages with Journey Of Himalaya. The tourists can get all kinds of deals and should book the requisite before 30 days to get suitable services. Choose top Kullu Manali Trip &a get 20% off. Book your deals with best offers with Manali Rohtang Chandertal Lake Kaza Packages from Chandigarh.

Morning, after breakfast visit full day local sightseeing in Manali:- “Hadimba Temple” built-in 1553 with a superbly crafted for tried pagoda roof, it is famous for its exquisitely carved doorway. “Club House” with comprehensive facilities that include roller skating, an auditorium, billiards room, a library, a bar, and a restaurant makes a wonderful outing for the day. Tibetian Monastery, Van Vihar, Manu Temple, and "Vashist Temple" are well known for its hot springs. There are old temples dedicated to the Saga Vashit and Lord Rama. Evening visit famous “Mall Road”. Overnight stay at a hotel in Manali.

Chandra Taal (Meaning the Lake of the Moon), or Chandra Tal is a lake in the Spiti part of the Lahul and Spiti district of Himachal Pradesh (India).Chandra Taal is near the source of the Chandra River. Despite the rugged and inhospitable surroundings, it is in a protected niche with some flowers and wildlife in summer. It is a favorite spot for tourists and high-altitude trekkers. It is usually associated with Spiti, but geographically is a part of Lahaul. Kunzum La separates Lahaul and Spiti valleys. Chandra Taal lake is on the Samudra Tapu Plateau, which overlooks Chandra river (a Chenab river source). The name of the lake originates from its crescent shape. It is at an altitude of about 4,300 meters (14,100 ft) in the Himalayas. Mountains of scree overlook the lake on one side, and a cirque encloses it on the other. Chandra Taal is a tourist destination for trekkers and campers. The lake is accessible by road from Batal and by road as well as on foot from Kunzum Pass from late May to early October. The road to Chandra Taal branches off from NH-505 about 2.9 kilometers (1.8 mi) from Batal and 8 km (5.0 mi) from Kunzum Pass.[3] This 12 km (7.5 mi) motor road runs as far as a parking lot 1 kilometer (0.62 mi) from the lake. One has to travel on foot for the final 1 kilometre1 km (0.62 mi). It takes approximately two hours from Kunzum Pass to Chandra Taal. Chandra Taal is also accessible from Suraj Tal, 30 km (19 mi) away.

After breakfast check out from the Camp and get ready for a visit to Kaza. Before reached Kaza also Visit- Ki Monestry & Kibber Village. & Overnight Stay at Hotel in Kaza.

Kibber also Kyibar is a village high in the Spiti Valley in the Himalayas at 4270 meters or 14,200 ft in Himachal Pradesh in northern India. It contains a monastery and the Kibber Wildlife Sanctuary. Kibber lies in a narrow valley on the summit of limestone rock. It is located 16 kilometers from Kaza and a bus service connects them in the milder summer months. Agriculture forms the backbone of the local economy and lush green fields are abundant. Villagers count on the 3-day traditional trade route over Parang La to Ladakh to barter their horses for yaks or to sell for cash. The village has around 80 houses, unique, given that they are made of stone instead of mud or adobe brick used extensively elsewhere in the Spiti valley. Kibber has a civil dispensary, a high school, a post office, a telegraph office, and a community TV set in the village. Kibber Monastery was founded by Serkang Rimpoche of Tabo.

Kye Gompa (also spelled Ki, Key or Kee – pronounced like English key) is a Tibetan Buddhist monastery located on top of a hill at an altitude of 4,166 meters (13,668 ft) above sea level, close to the Spiti River, in the Spiti Valley of Himachal Pradesh, Lahaul and Spiti district, India. It is the biggest monastery of Spiti Valley and a religious training center for Lamas. It reportedly had 100 monks in 1855.

Early in the morning after breakfast get ready to visit local sightseeing. Visit Comic Village, Lanza & Hikkim & nature of beautiful Kaza. Full day sightseeing and back to the hotel. Dinner & O/N stay at the hotel at Kaza.

After breakfast check out from the hotel proceed back to Manali Via Kunzum Top, Batal, Bada Darra, Chhota Darra, Gramphu & Atal Tunnel. You can do Paragliding at Solang Valley. Reach Manali, Overnight stay at a hotel in Manali.

Rohtang Pass is named as such due to people working in bad weather trying to cross the pass). It is a high mountain pass (elevation 3,980 m (13,058 ft)) on the eastern end of the Pir Panjal Range of the Himalayas around 51 km (32 mi) from Manali. It connects the Kullu Valley with the Lahaul and Spiti Valleys of Himachal Pradesh, India. The pass provides a natural divide between the Kullu Valley with a primarily Sanatan culture (in the south), and the arid high-altitude Lahaul and Spiti valleys with a Buddhist culture (in the north). The pass lies on the watershed between the Chenab and Beas basins. On the southern side of this pass, the Beas River emerges from underground and flows southward and on its northern side, the Chandra River (flows from the eastern Himalayas), a source stream of the River Chenab, flows westward.

Morning, check out from hotel and leave for Chandigarh/Delhi on the way visit – “KULLU”, River Rafting, Kullu Valley, Shawls Factory, and drive for Chandigarh and drop at Railway Station/ Airport to catch onward Train / Flight: 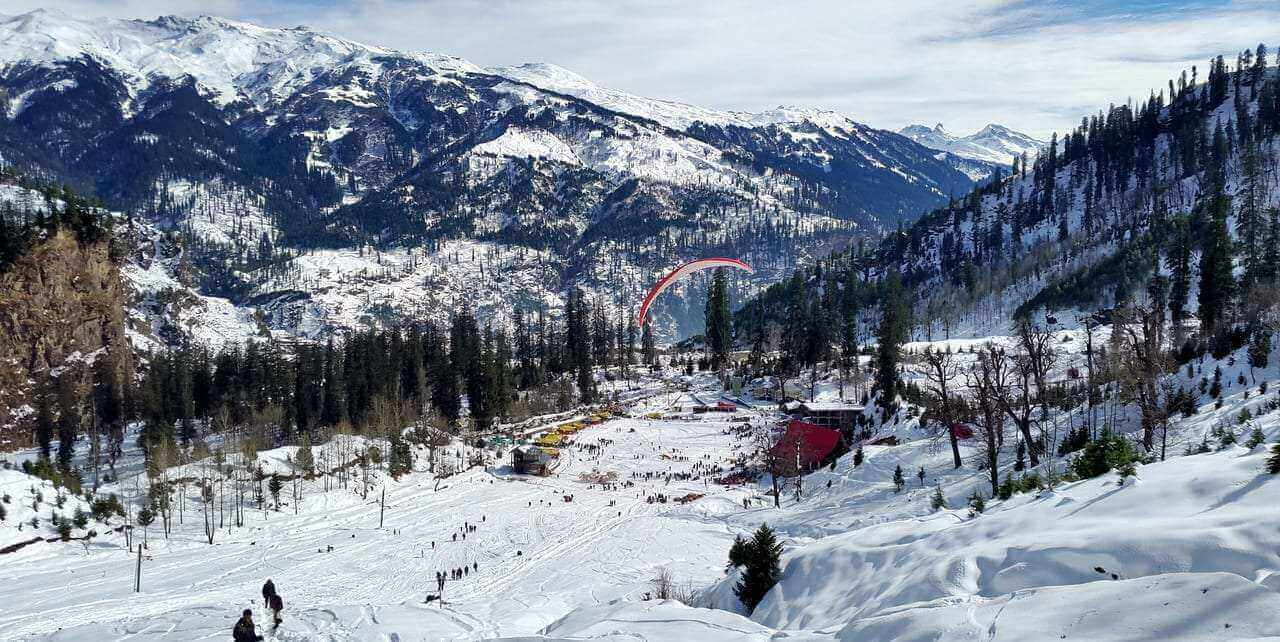 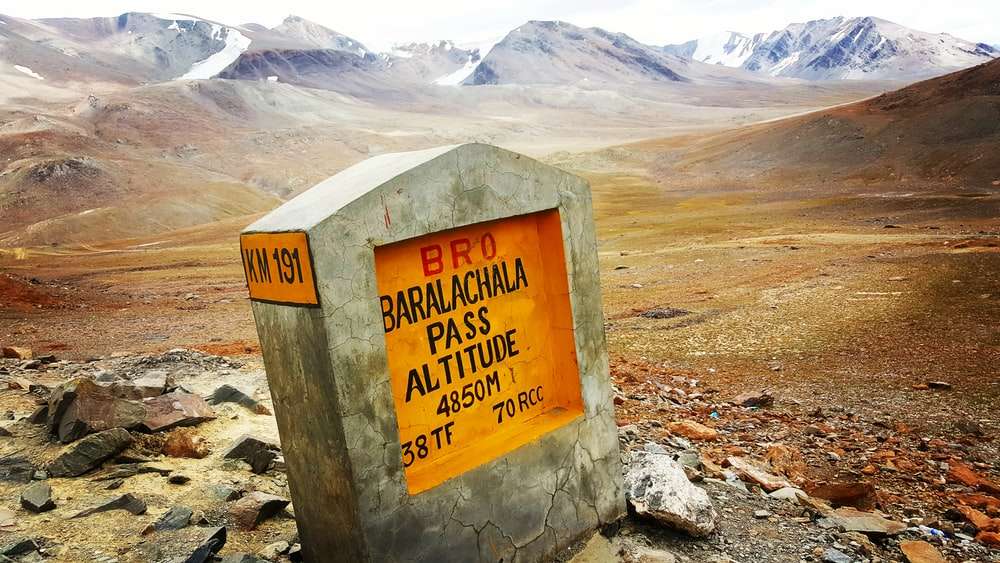 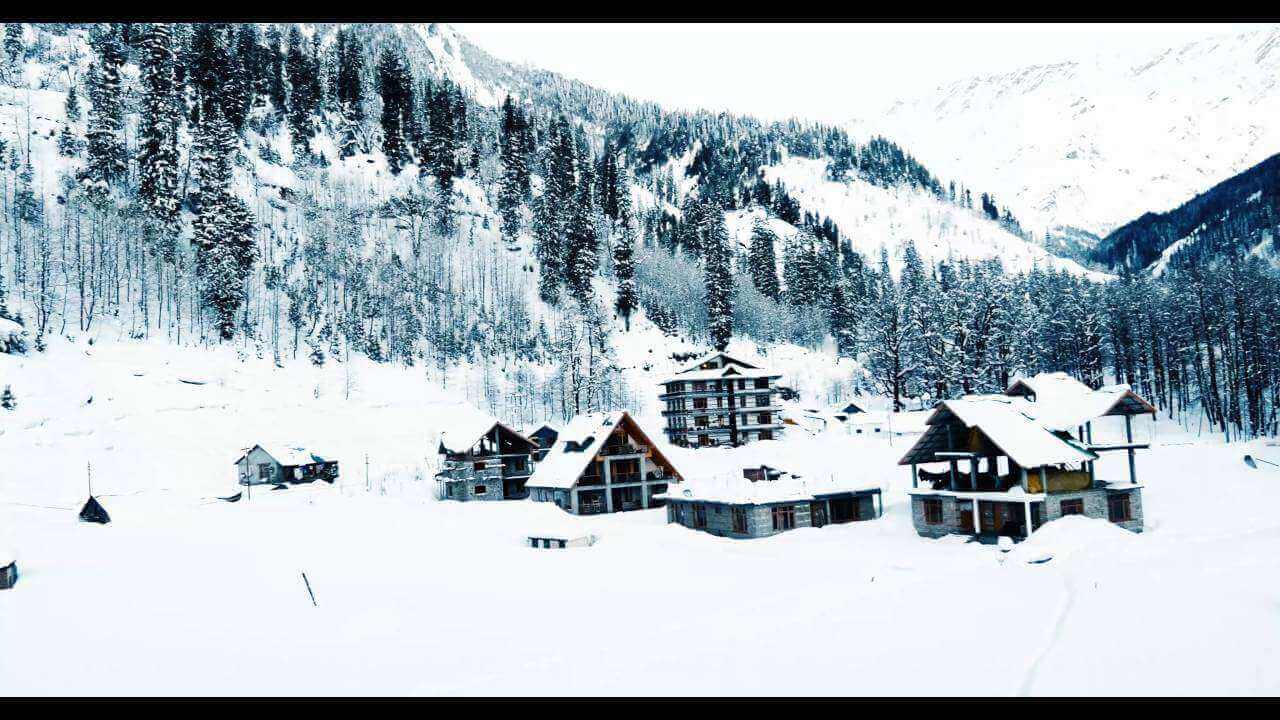 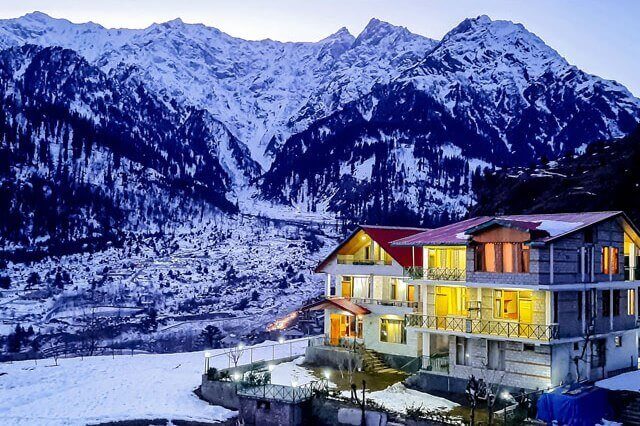 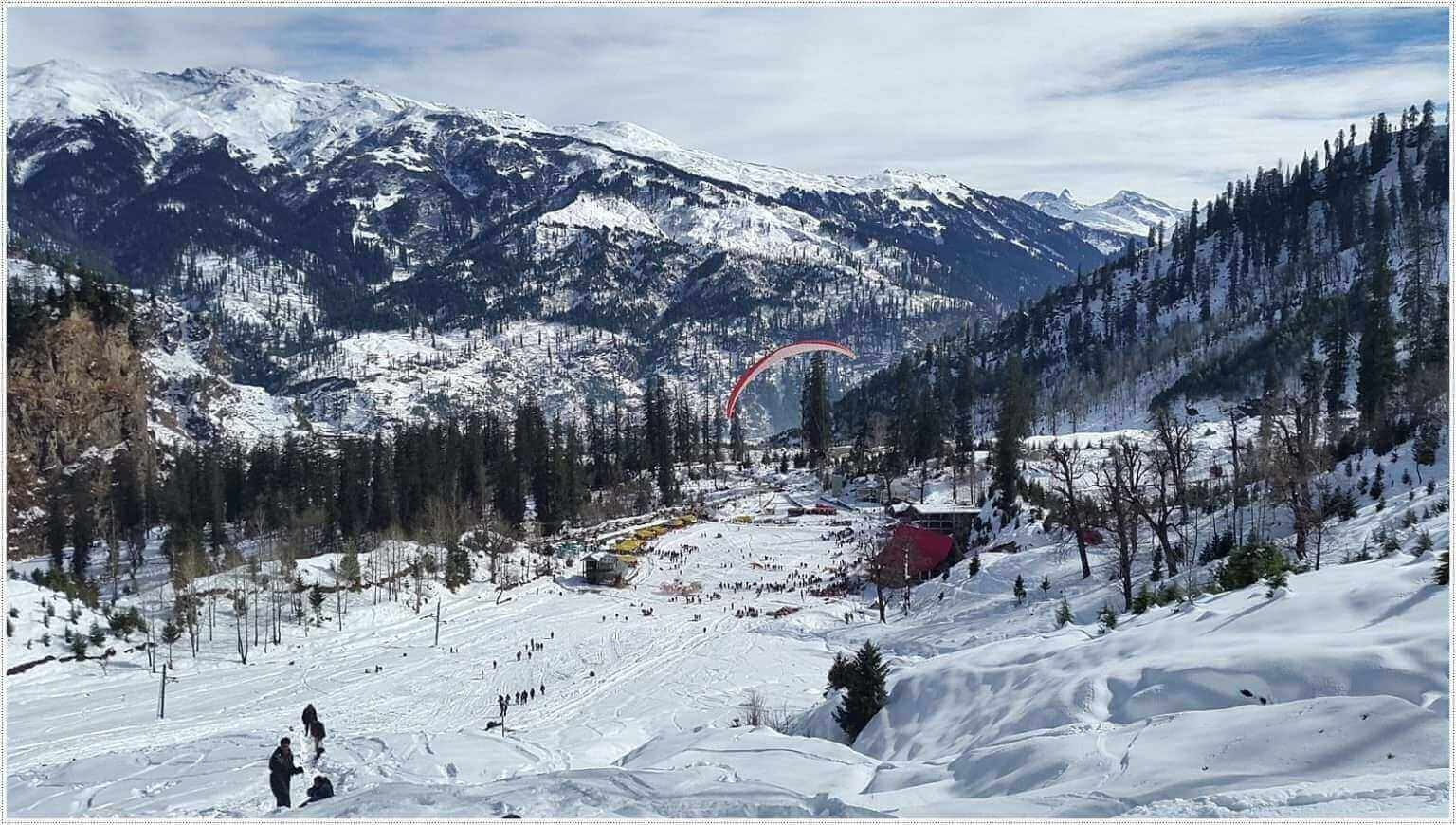 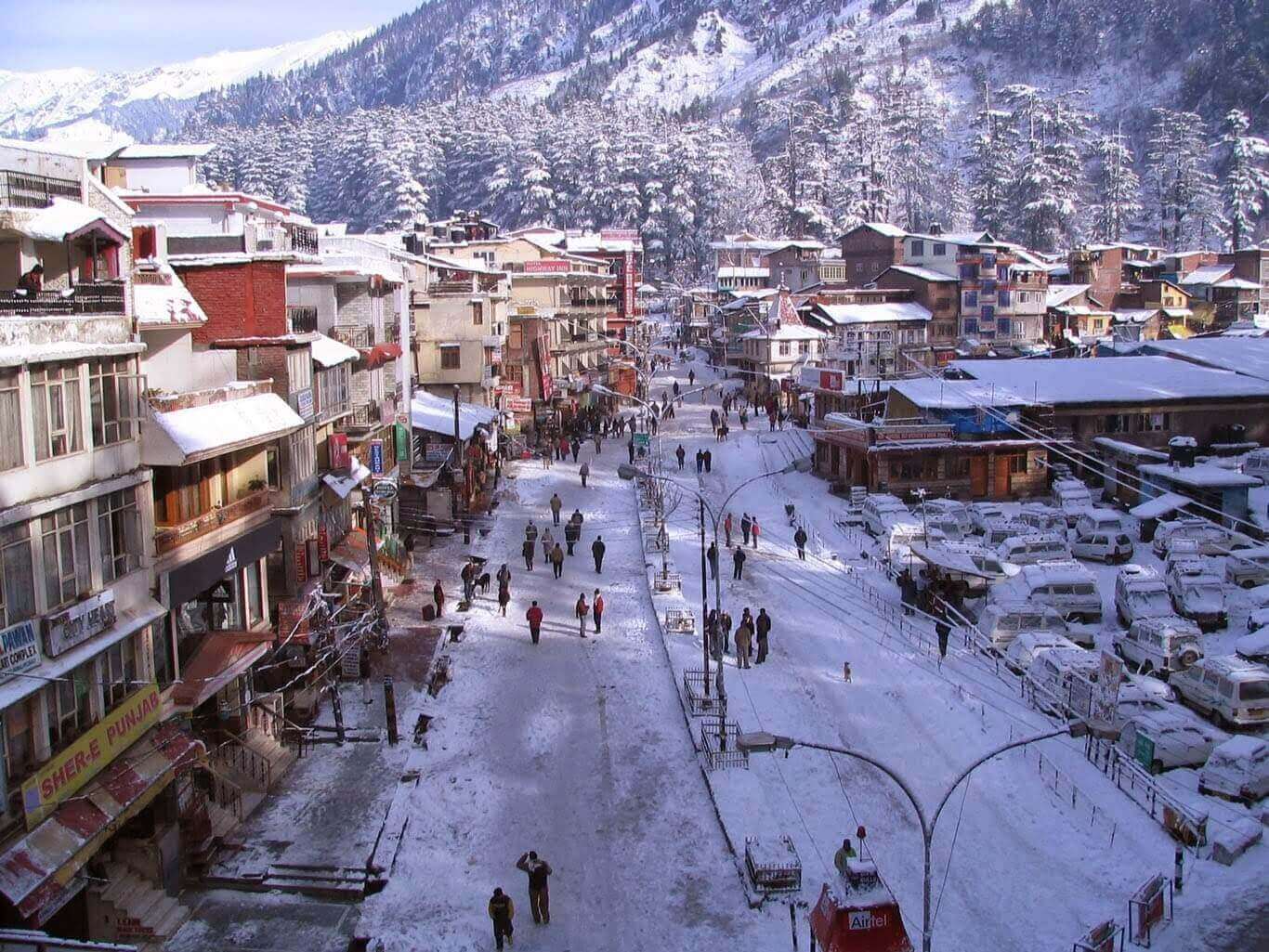 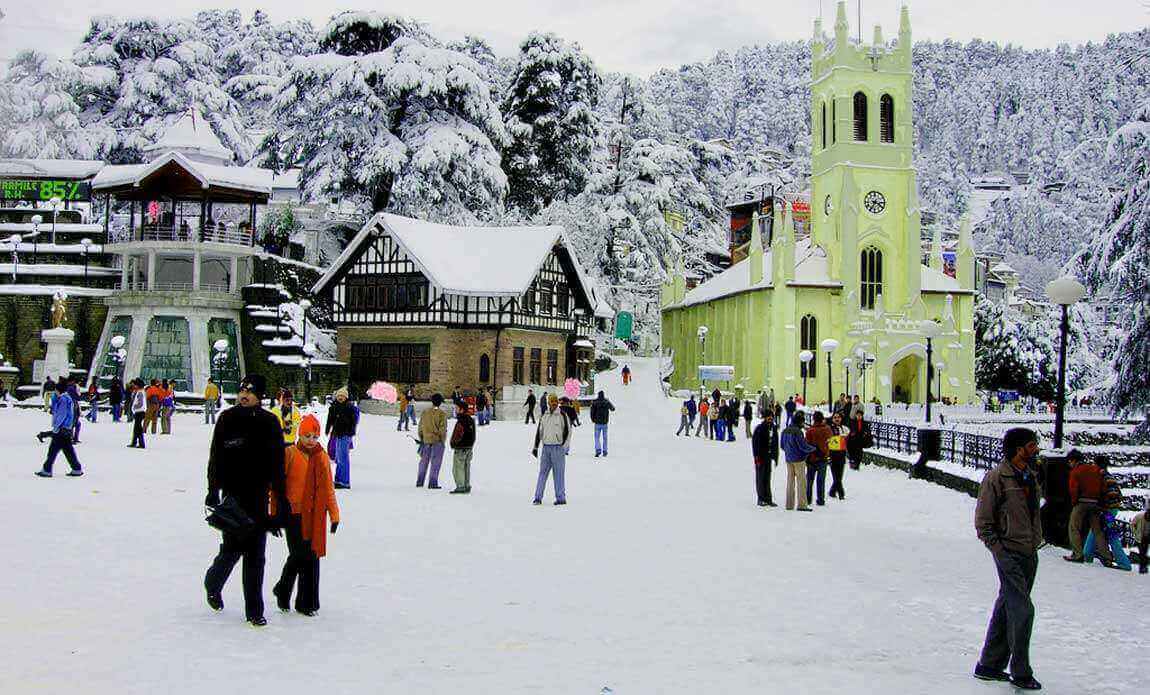 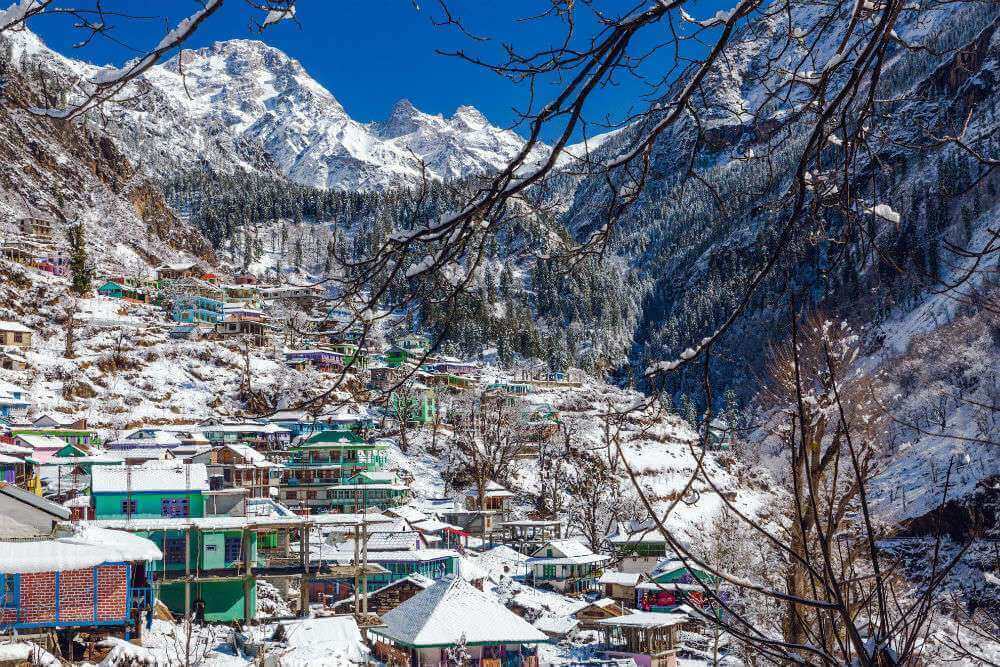 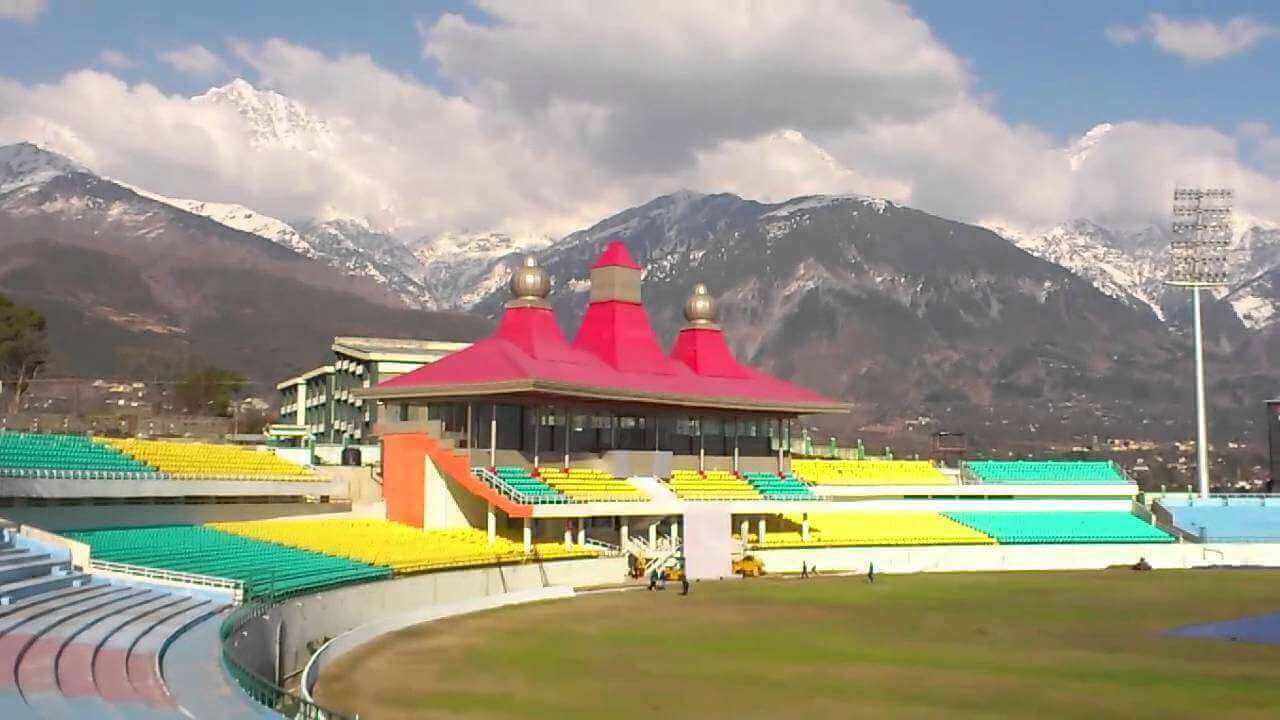 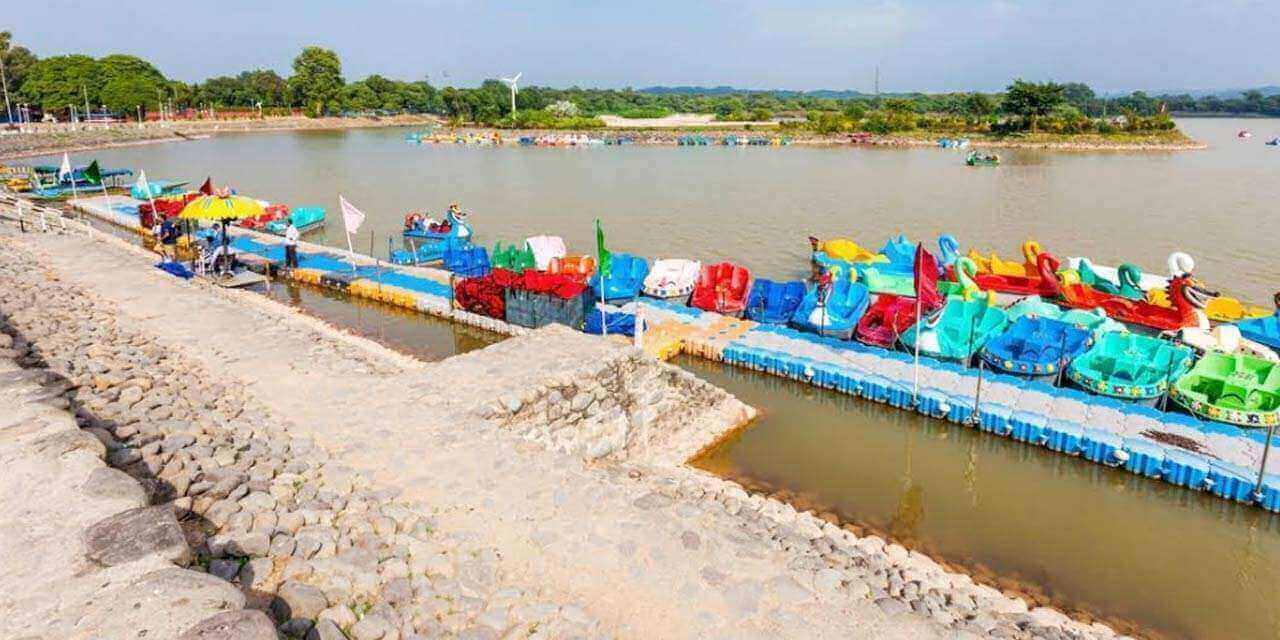 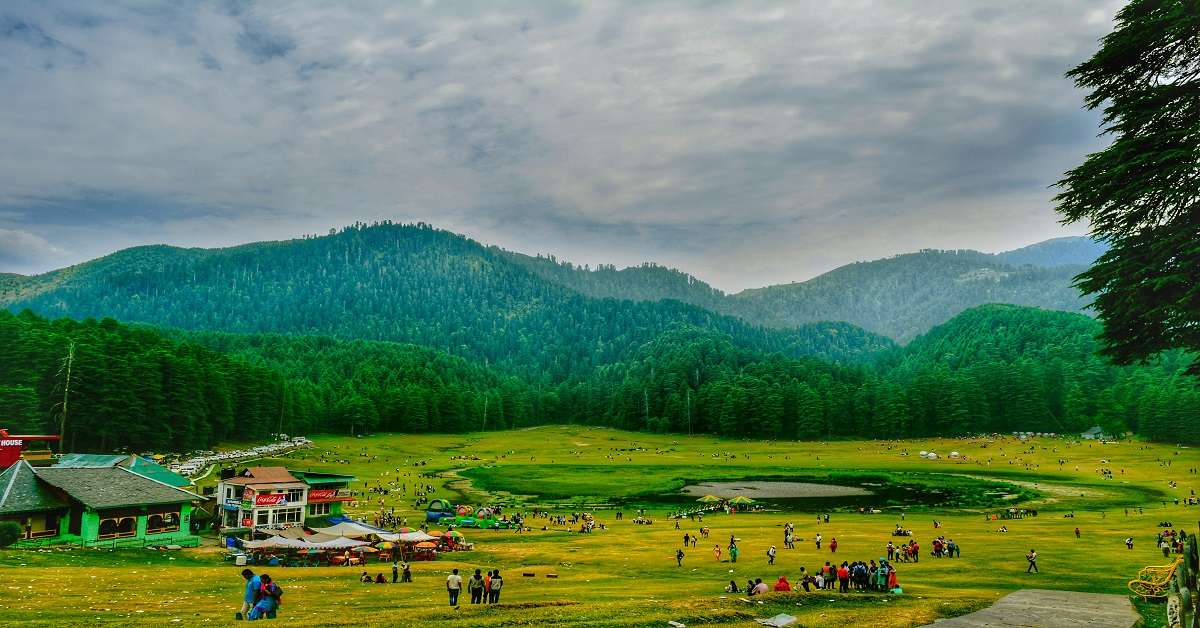 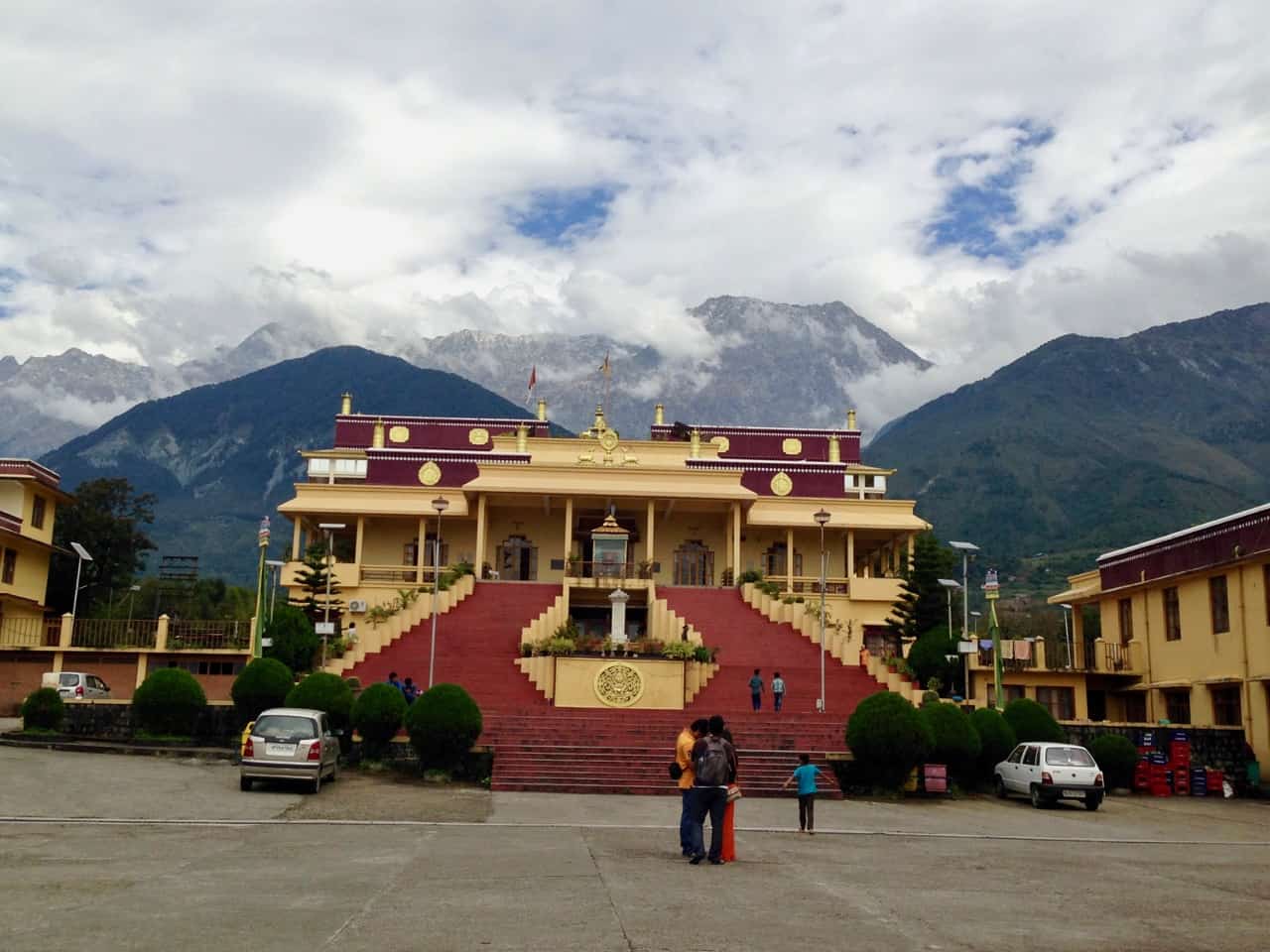 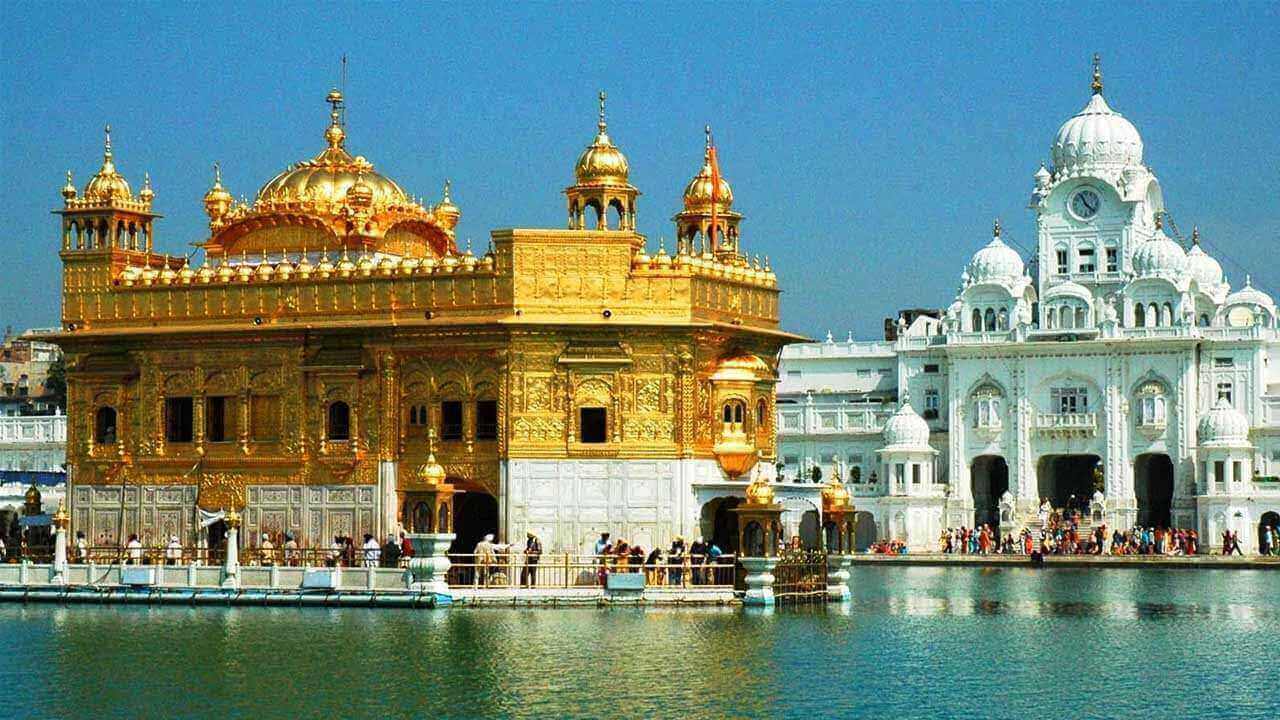 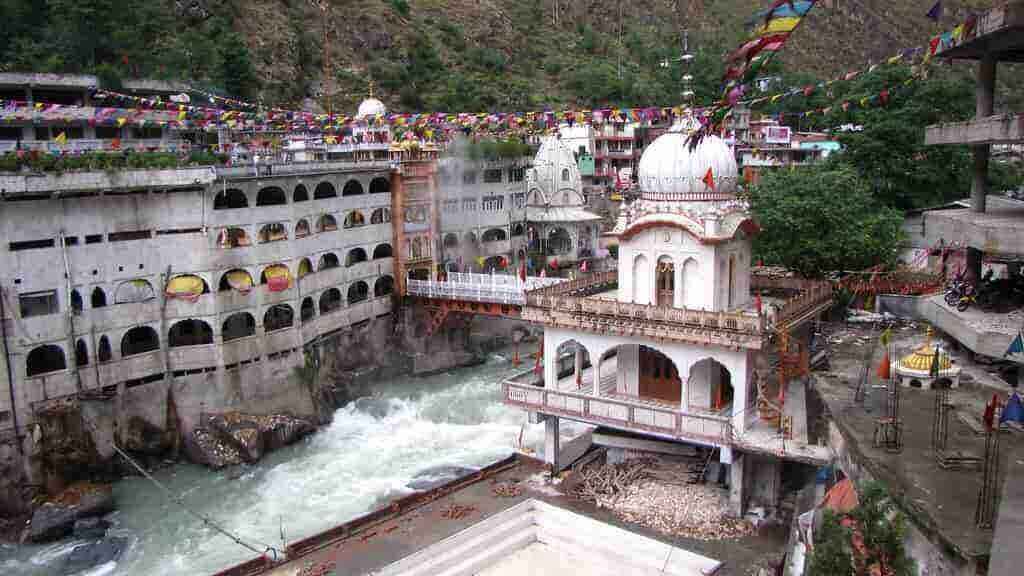 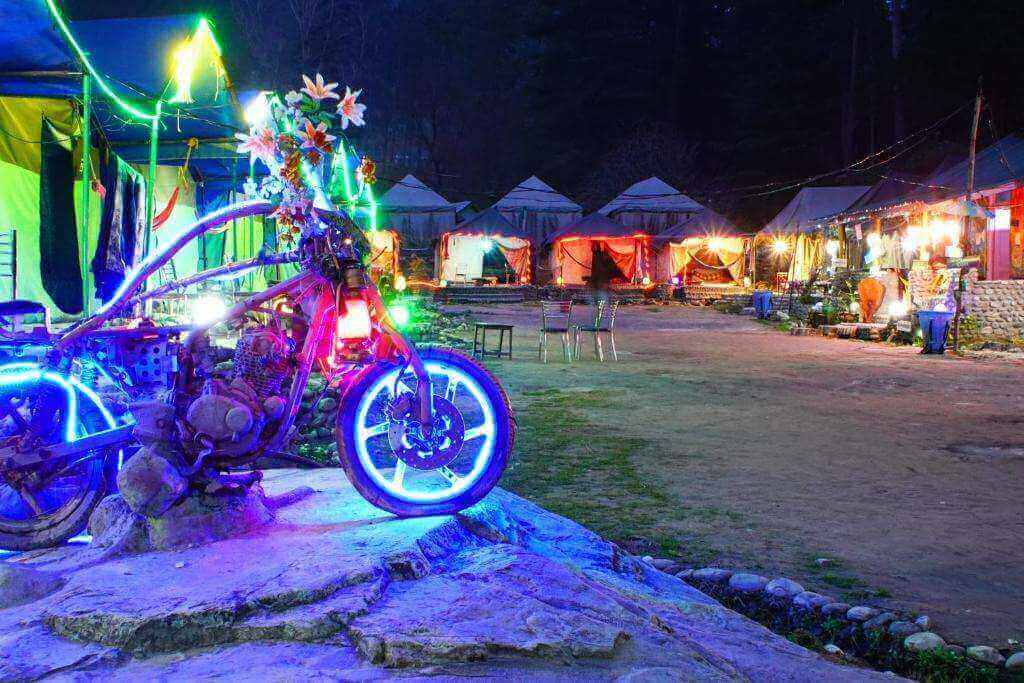 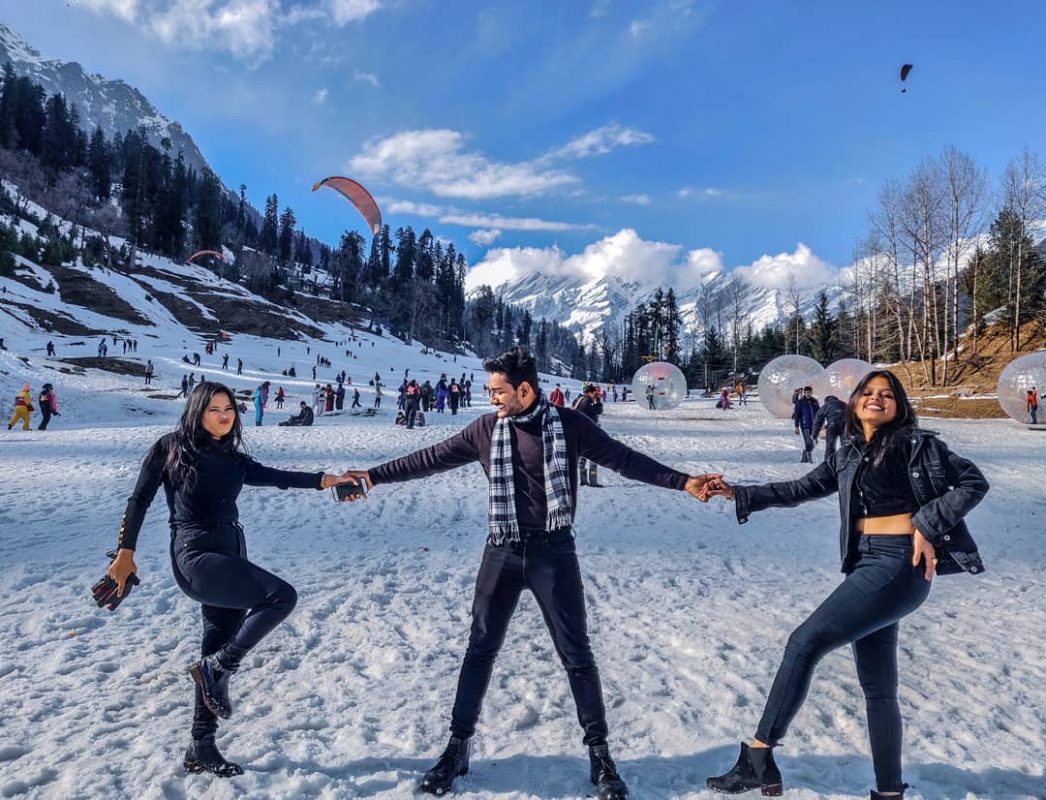 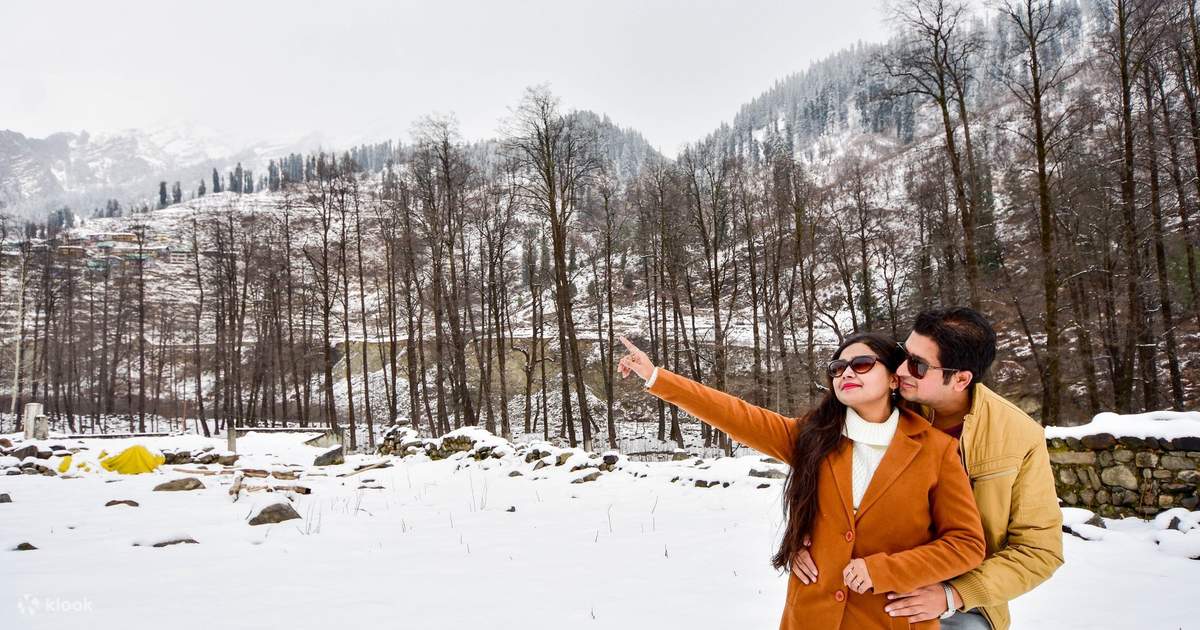 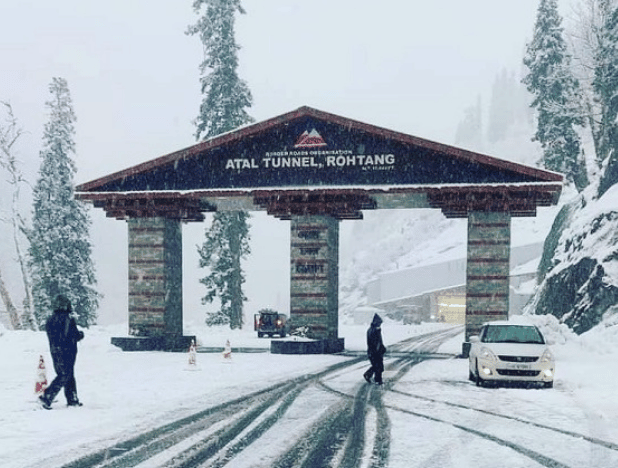 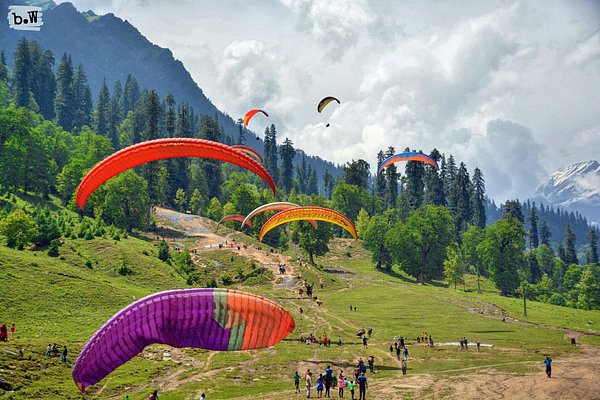