A Gift Of Himalayans To The Worlds

A Gift Of Himalayans To The Worlds:

Shimla also known as Simla, the official name until 1972 is the capital and the largest city of the Northern Indian state of Himachal Pradesh. In 1864, Shimla was declared as the summer capital of British India. After independence, the city became the capital of Punjab and was later made the capital city of Himachal Pradesh. Shimla has a number of places to visit. Local hangouts like the Mall and the Ridge area in the heart of the city. Most of the heritage buildings in the city are preserved in their original ‘Tudorbethan’ architecture. Shimla arts and crafts are highly in demand by the tourists. Shimla is full of pine and deodar trees and you can explore nature with the Shimla Manali Package from Delhi. Enjoy a heritage walk through Shimla’s Victorian-era architecture, labyrinthine bazaars and lengthy pedestrian shopping mall. Don’t cause too much trouble taking in the town from Scandal Point, a large, open square; keep in mind that Shimla was a retreat destination for Mahatma Gandhi. Shimla is often covered along with nearby towns of Kufri, a hill-station almost always covered by snow and Chail, famous for a huge palace and the highest cricket ground in the world. Tourists also visit the famous Jakhu Temple and engage in sightseeing at various viewpoints during their Shimla Manali Trip. One of the best features of Shimla is that you could visit it any season during a year.

Manali is situated at 6,398 ft in the Himalayas. Located in the Kullu district of Himachal Pradesh, its snow covered peaks make it a popular tourist destination. Manali’s scenic beauty, history and culture give it the sobriquet of the Valley of the Gods. Manali Tour Packages has a mountaineering institute that organizes basic and advanced training courses in trekking, mountaineering, skiing and other water sports. Manali is one of those destinations that should not be missed by travel enthusiasts while visiting the country. A staging point for a number of treks (Beas Kund, Chandrakhani Pass) and sports such as white-water rafting, Manali is also on the road to Ladakh via the valley of Lahaul and Spiti and Rohtang Pass, which is the main attraction near Manali. Every year a large number of visitors  from all over India visit this popular hill station to experience mountaineering, trekking, and skiing and explore  the snow capped mountains and the mesmerizing view of nature with Kullu Manali Tour Packages. 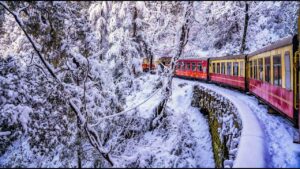 One Of the famous and most visited places in Shimla. Located below The Ridge, Mall Road offers a glimpse of Shimla in a nutshell. It is filled with many shops, cafes, restaurants, book shops and many tourist attractions. Here, tourists can experience the traditional food of Shimla. Take a stroll on Mall Road and get surprised at every turn by the things this place has to offer. The scenic beauty of Shimla can also be seen through here. Explore the shopping malls of Shimla in Mall Road with Shimla Manali Tour Packages. 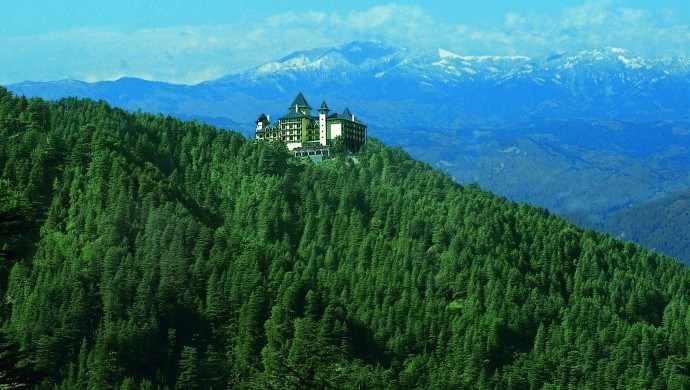 A breath-taking natural dale near Shimla and Kufri, Green Valley stands true to its name. Set against the backdrop of snow-covered mountains and lush green forests of pine and deodar, the valley is carpeted in greenery. The serene Green Valley is where you can witness nature in all its grandeur, which makes it one of the best places to visit in Shimla Manali. 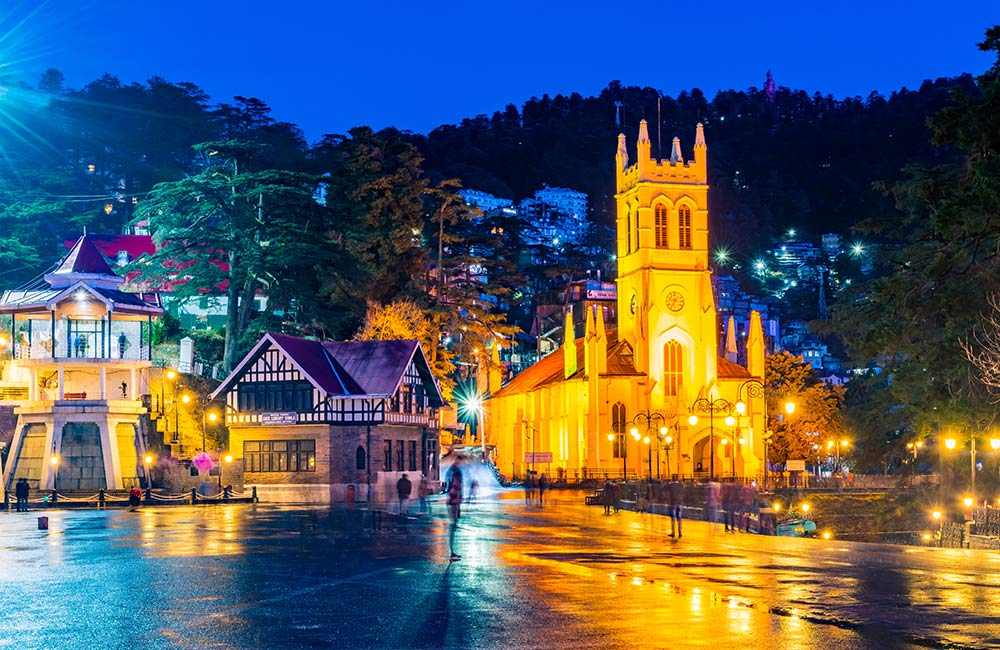 At the center of the town is the Shimla Ridge, which offers spectacular views of the mountain peaks of the land. The Ridge is a spacious open space that runs from east to west along the Mall, which is yet another famous tourist destination. It connects to the Scandal point on the west. If you love the view of mountains, this is your dream destination. The marvelous view of snow-clad mountain ranges spellbinds you. You can see the famous and beautiful Ridge with Complete Himachal Tour Packages. 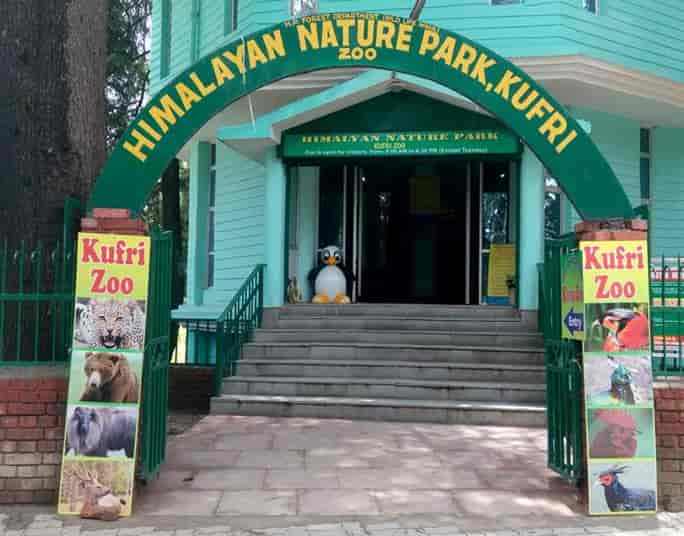 Situated about 18 km from Shimla, at over 2,600 meters altitude, the Himalayan Nature Park is located amidst 90 hectares of temperate vegetation that forms natural habitat for many wild animals of the Western Himalaya. Some of the species found here are snow leopards and musk deer. The beauty of this national park is also in its massive size, covering the whole Shimla Manali Trip. 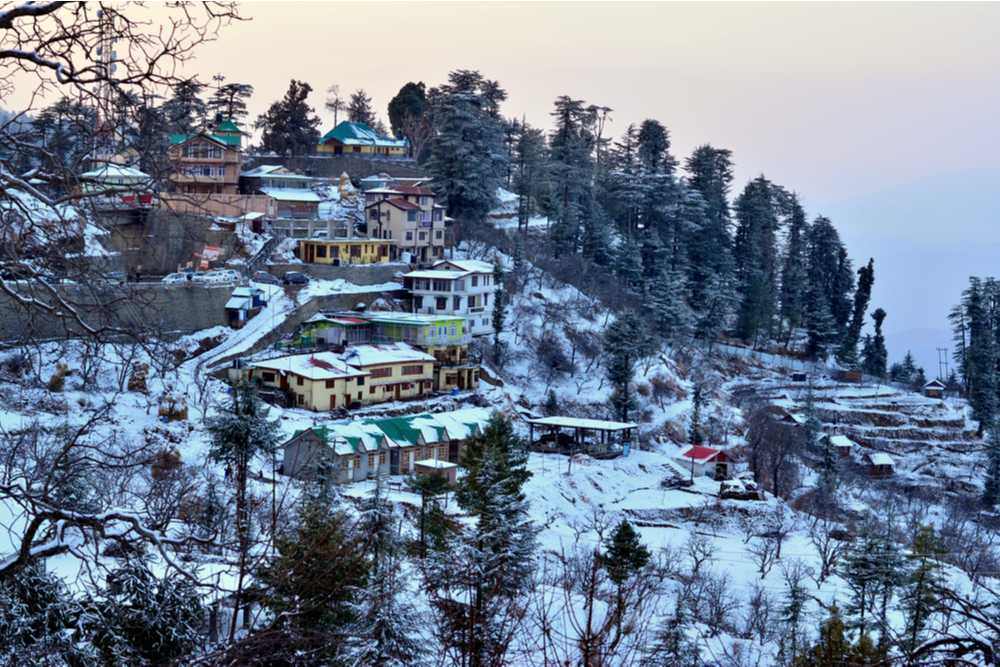 Kufri is located 17 kms away from Shimla. The main attractions spot for the tourists in Shimla. At an altitude of 2510 meters and in the Himalayan foothills, the hill station delights nature lovers and adventurers alike. Kufri along with some places around Shimla once belonged to the Nepal kingdom. This place is a must visit for everyone visiting Shimla because of the stunning views it offers and also because of its status as an adventure hub. 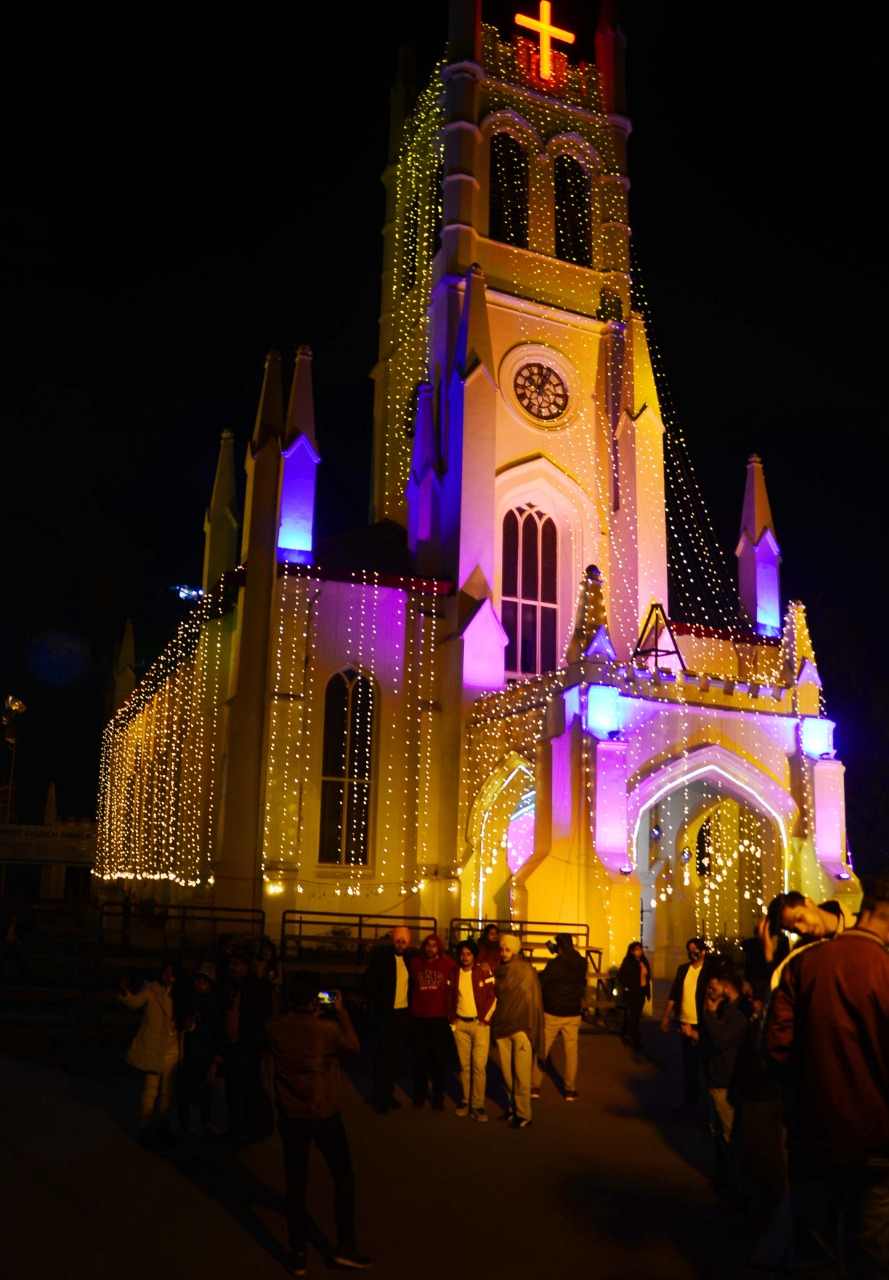 One of the prominent landmarks in Shimla, Christ Church is the second oldest church in northern India and boasts of exceptional architectural beauty. An enduring legacy of the colonial rulers, the silhouette of this imposing edifice is visible from far away. With stained glass windows, brass church bells, and arresting towers, it presents a picture of matchless beauty. 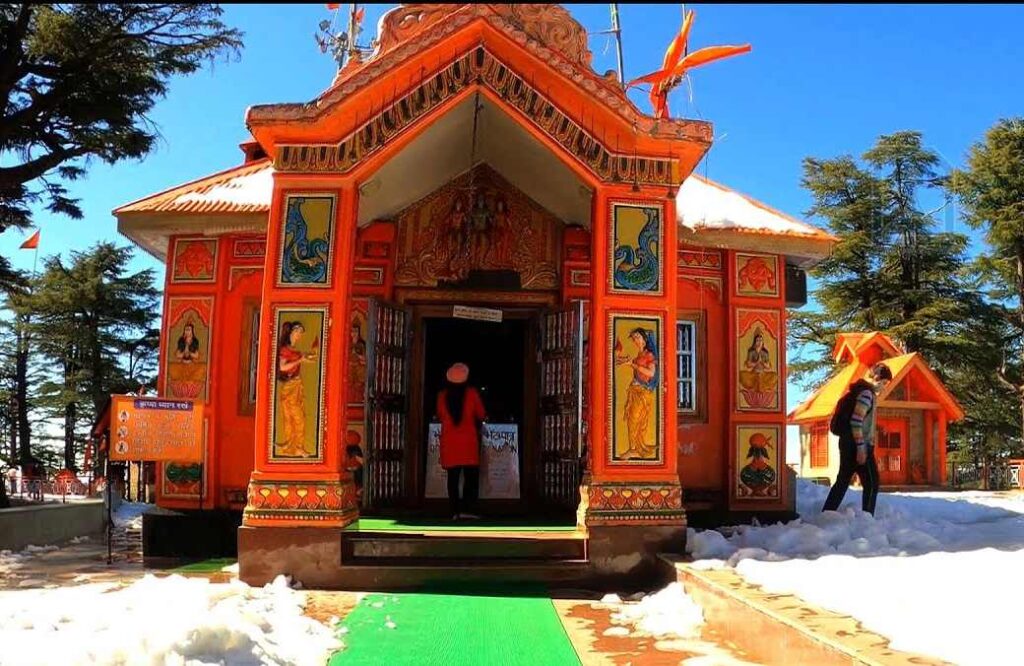 Jakhoo Temple is an ancient temple in Shimla, dedicated to the Hindu deity Lord Hanuman. It is situated on Jakhu Hill, Shimla’s highest peak, 2.5 km (1.6 mi) east of the Ridge at a height of 2,455 m (8,054 ft) above sea level. Due to its location on the highest point of Shimla, it offers sweeping views of the Shivalik ranges. The surroundings of the Jakhoo Temple are complemented by amazing views that make the setting even more spectacular. It is a great place to enjoy the awe-inspiring sunrises and sunsets and an adventurous drive for trek enthusiasts. One of the famous sightseeing places in Shimla, it has the world’s largest statue of God Hanuman, attracting holidaymakers of all ages apart from the Hindu community in Manali Honeymoon Tour Packages. 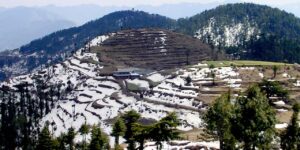 Fagu is a serene snow-clad hamlet, Shimla and Kufri are just 18 Kms and 6 Kms respectively from the city. It is known for its apple plantations, sowing fields and the snow-covered Himalayas in the backdrop. In Shimla Manali Honeymoon Packages you can explore this beautiful valley and the picturesque view of the hills and its beauty is really enchanting. It is located in the close vicinity of other breathtaking places. Since it is secluded, Fagu is a honeymooner’s heaven. 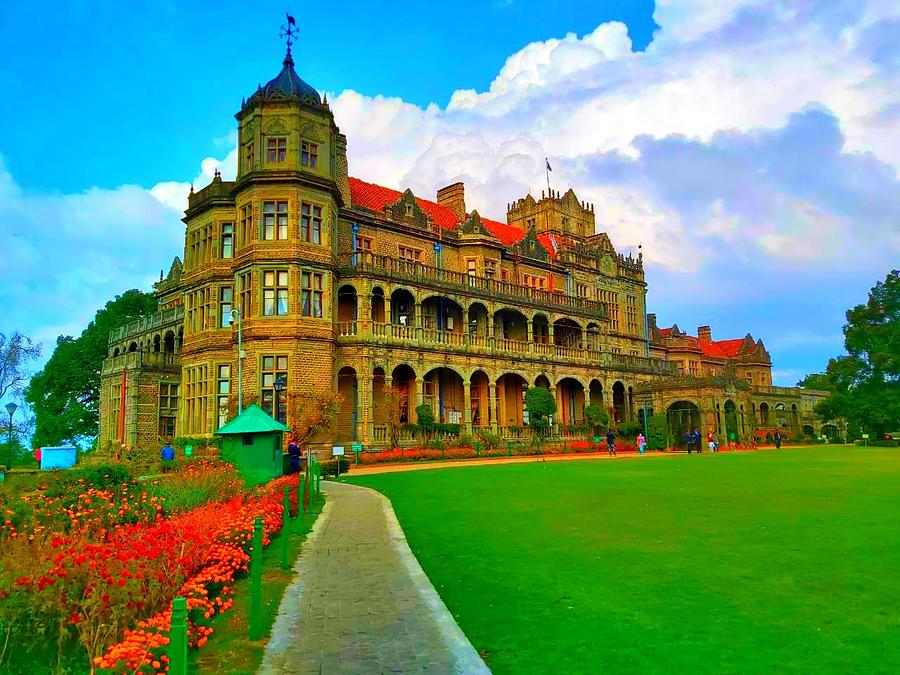 One of the iconic places to visit in Shimla and Manali, the building was initially built as a residence for Lord Dufferin, who served as the Viceroy of India from 1884 to 1888. At that time, it was known as the Viceregal Lodge and the impressive edifice had electricity connection in as early as 1888, which was way before the rest of Shimla came to use electric power in any form. The structure draws attention due to its majestic Victorian style of architecture and grandeur. 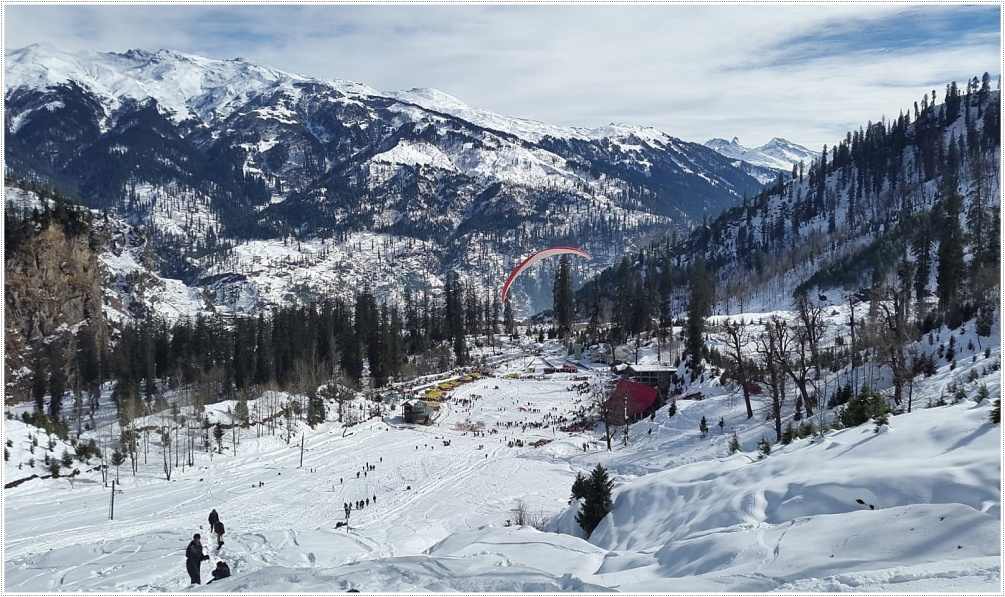 Solang Valley is one of the most popular tourist destinations in Himachal Pradesh. Situated on the way to Rohtang from Manali, every year the valley welcomes tourists in huge numbers. A favourite for adventure enthusiasts, parachuting to paragliding, horse riding to driving mini-open jeeps specially available for tourists of all age groups, Solang Valley has it all. This place is so pleasant and is best traveled by road. The journey to Solang valley is an extremely peaceful and breathtaking place. 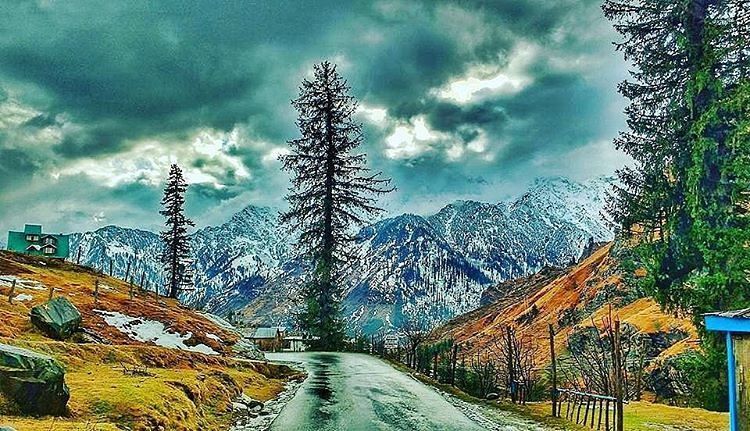 Located on the iconic Spiti highway at an altitude of 2500 meters, Kothi is a charming hamlet in the mountains that is renowned for its scenic setting and the majestic views it offers of the snow-capped peaks and glaciers. The village is also a perfect spot for camping, especially if you are planning to explore Rohtang Pass on foot.

Locally known as Dhungari Temple, the construction style of the Hidimba Devi temple is entirely different from that of any of the other temples, with its wooden doorways, walls, and cone-shaped roof. The Hadimba Temple is a unique shrine dedicated to Hidimba Devi, who was the wife of Bhima and mother of Ghatothkach. Surrounded by gorgeous cedar forests, this beautiful shrine is built on a rock which is believed to be in the image of goddess Hidimba herself. Take the blessings of Goddess with Tour Package For Manali. 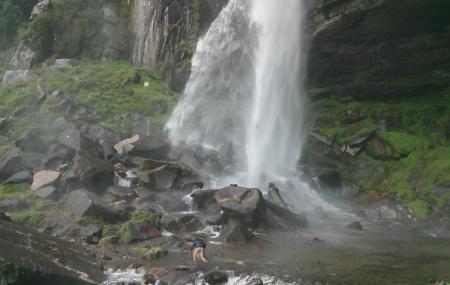 Jogini Waterfall is located in the beautiful Valley of Manali, about 3 kilometres away from the bustling town and around 2 kilometres away from the famous Vashisht Temple. What makes it a popular tourist spot is the trek from Vashisht Temple, through pine trees and orchards, to the mesmerising. Jogini Waterfalls cascading from a height of 160 feet. Experience the beautiful waterfall and mesmerizing view of nature with Shimla Manali Dharamshala Tour Package. 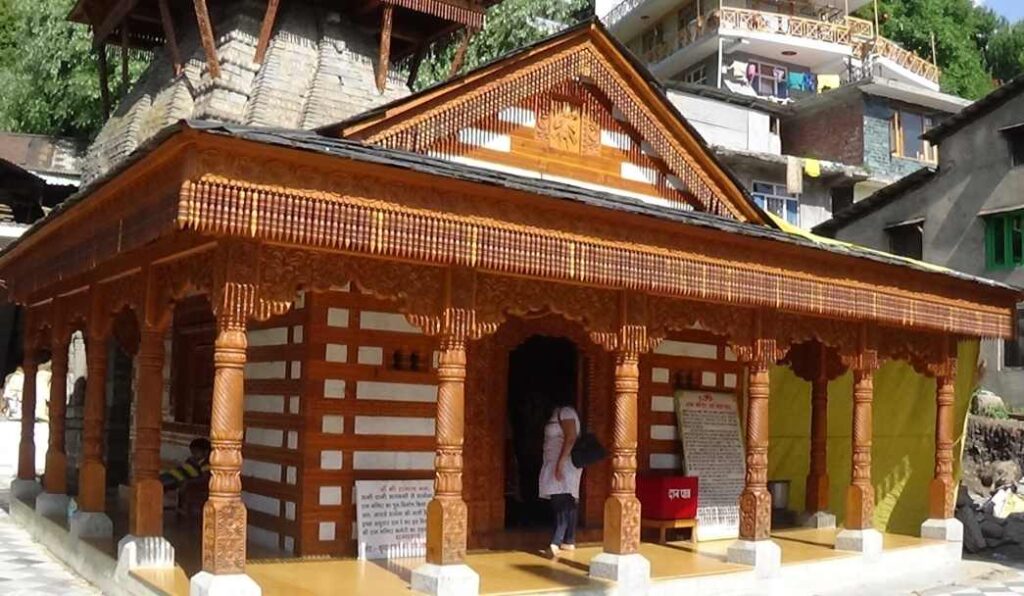 Situated 6 km away from Manali, the Vashisht Baths are accompanied by beautiful sandstone temples. Located inside the very famous Vashisht Temple in Manali. Vashisht Baths is a hot water spring, believed to possess medicinal values. Also known as Vashisht Springs, it is visited by a lot of tourists, many of whom take a dip in the holy water to rid themselves of skin diseases and infections. 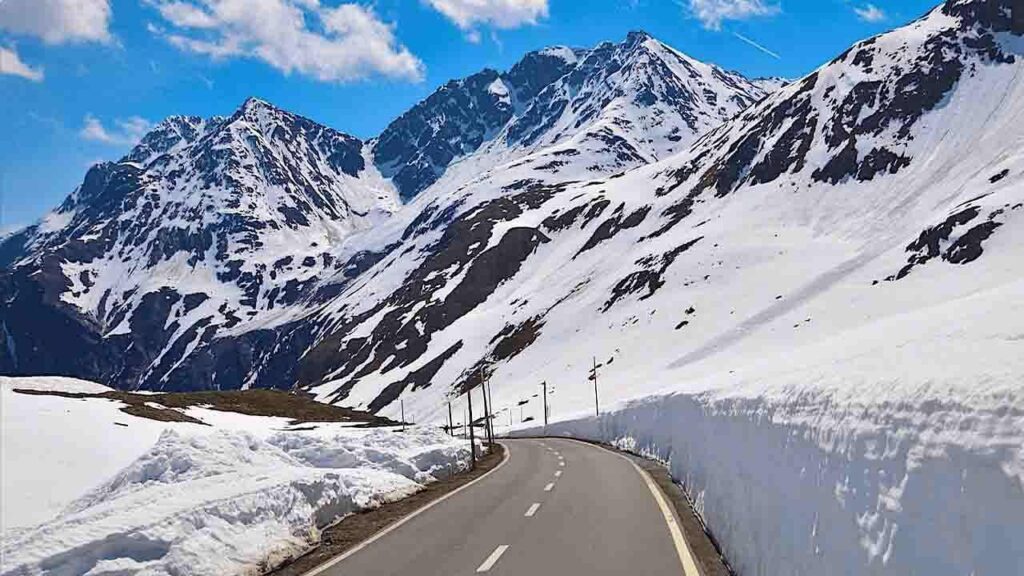 Rohtang is just 51 km from Manali. It is a part of the proud Pir Panjal Range of the mighty Himalayas and it is one of the Kullu famous places. The unpredictable avalanche and severe climatic conditions make it scary sometimes with Manali Couple Tour Packages. The popular vistas point is well known for its unparalleled natural beauty and is one of the most essential attraction points in the region. 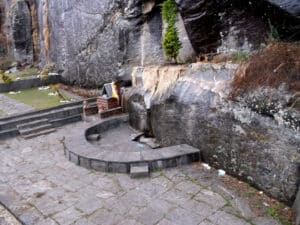 Nehru Kund is known for the cold and pristine water running here and breathtaking scenery of mountains and valleys all around. Kund is famous for photography among tourists. The place has the perfect natural lighting for a great photo shoot. 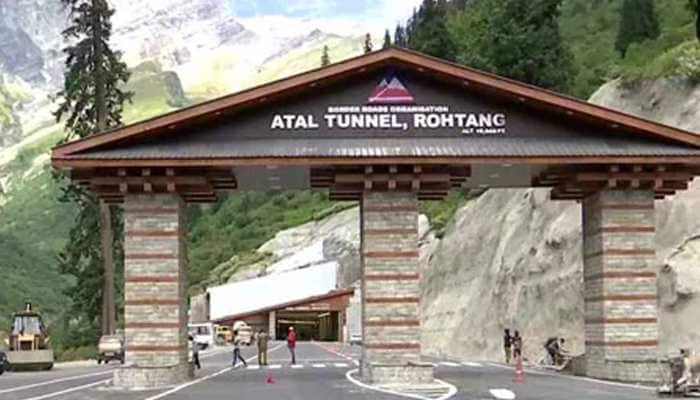 Atal Tunnel is a highway tunnel built under the Rohtang Pass in the eastern Pir Panjal range of the Himalayas on the Leh-Manali Highway in Himachal Pradesh, India. It is 9 Km long tunnel, which is inaugurated by PM Narendra Modi on 03 Oct. 2020. It is the highest altitude tunnel in the world and has strategic significance. Atal Tunnel is a horseshoe-shaped highway tunnel that connects Manali and the Lahaul-Spiti valley, reducing the time taken. 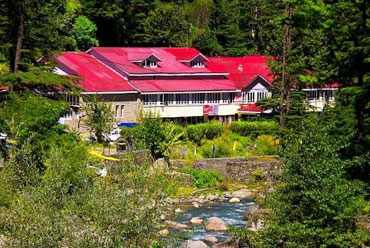 The Club House in Manali is an amusement and adventure retreat set up on the banks of the Manalsu Nalla, a branch of the breathtaking Beas River. The architecture of this building is old British style.  It is a very beautiful place, which caters to the family groups. You can see this amazing building with Complete Himachal With Amritsar. 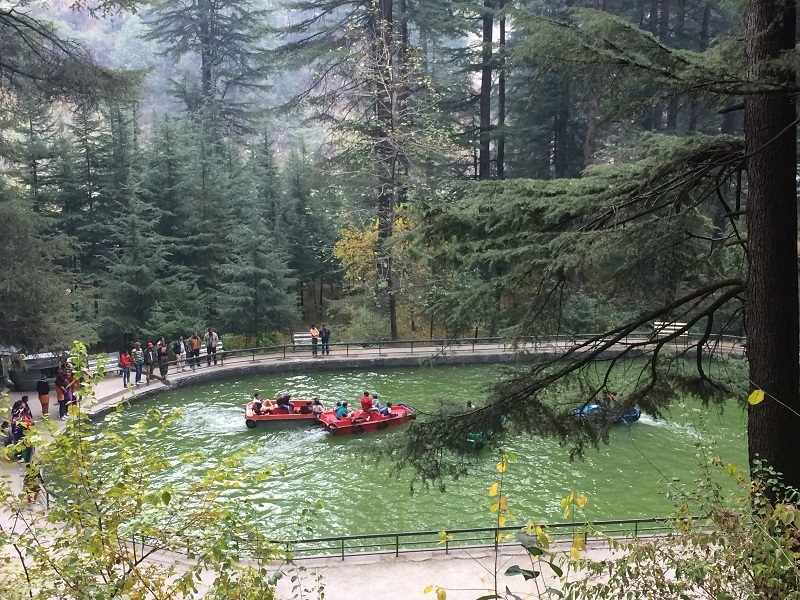 There is nothing more beautiful than nature itself. Located in the heart of the mall road, Van Vihar is a municipality run public garden. It is famous far and wide for its Deodar trees and a manmade lake, built right in the middle of the forest. While the lush green trees provide the fresh air needed to rest and rejuvenate, the lake is a beauty to behold and get lost into. Enjoy this beautiful forest in Kullu Manali Trip. 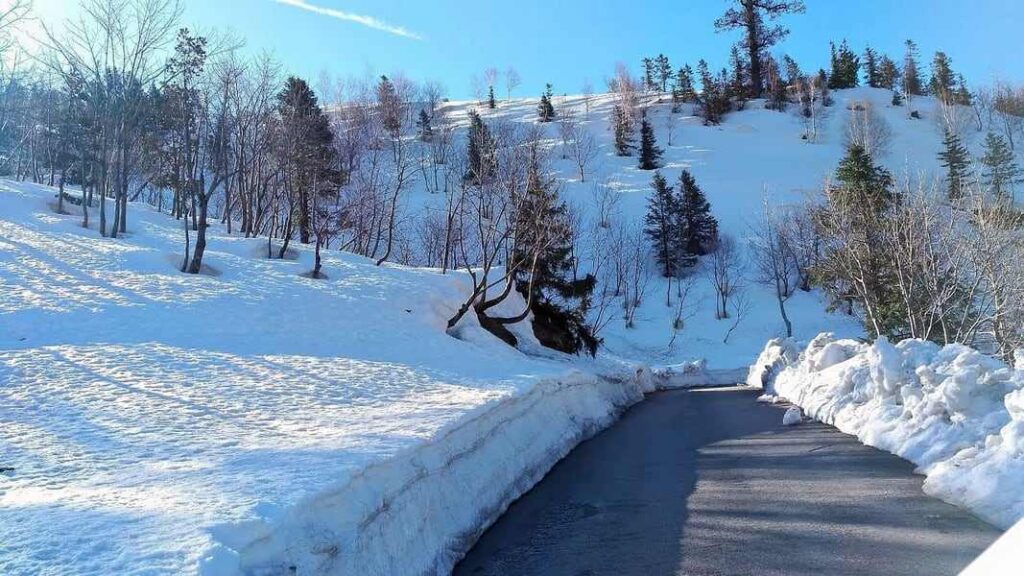 A small village located a few kilometres from Manali, Gulaba is situated on the way to Rohtang Pass, on the Leh-Manali Highway. The entire region is covered with a thick layer of snow, making it perfect for enjoying a wide range of exciting adventure activities. Such as ice skating, skiing, paragliding, trekking and much more. The natural landscape of the village of Gulaba attracts a large number of tourists every year, who come with Kullu Manali Tour Packages to soak in the beauty of the place.