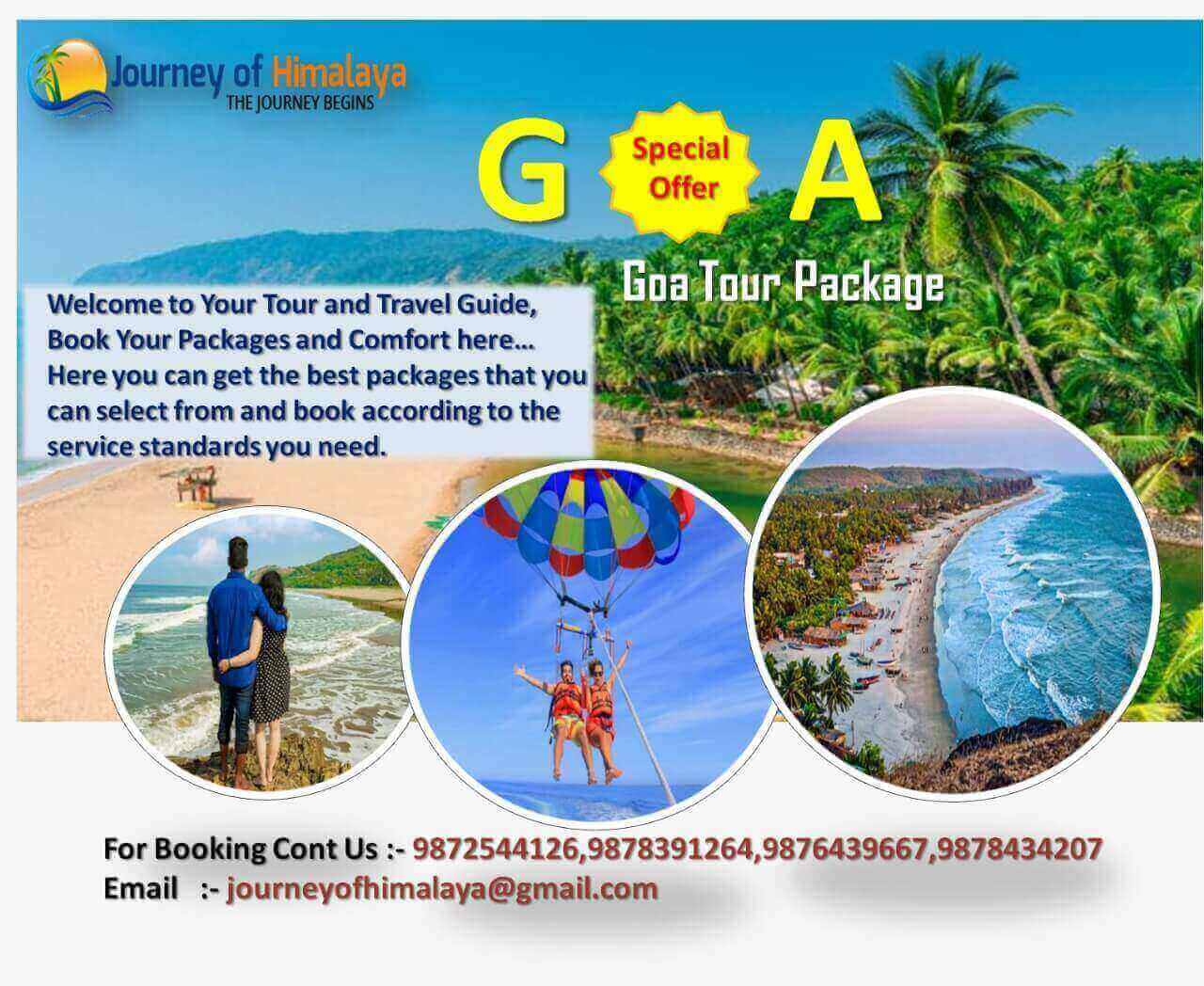 Embark on a trip to treasure for a lifetime memories with these Goa tour packages for 2 nights, 3 days. Get to know more about this happening destination by exploring its North part. With this 3 day Goa tour itinerary. You will know that the state is much more than just beaches and trance parties. Partake in the essence of amazing delight with your vacation here. Book your Unforgettable days In Goa & Manali Tour Packages. Goa is a state in western India with coastlines stretching along the Arabian Sea. Its long history as a Portuguese colony prior to 1961 is evident in its preserved 17th-century churches and the area’s tropical spice plantations. Goa is also known for its beaches. Ranging from popular stretches at Baga and Palolem to those in laid-back fishing villages such as Agonda.

The history of Goa dates back to prehistoric times, though the present-day state of Goa was only established as recently as 1987. [1] In spite of being India's smallest state by area, Goa's history is both long and diverse. It shares a lot of similarities with Indian history, especially with regard to colonial influences and a multi-cultural aesthetic. The Usgalimal rock engravings, belonging to the upper paleolithic or mesolithic periods, exhibit some of the earliest traces of human settlement in India. The Mauryan and Satavahana Empires ruled modern-day Goa during the Iron Age. During the medieval period, Goa was ruled by the Kadamba kingdom, Vijayanagara Empire, Bahmani Sultanate and Bijapur Sultanate. It was ruled by the Kadamba dynasty from the 2nd century CE to 1312 and by Muslims of the Deccan from 1312 to 1367. The city was then annexed by the Hindu kingdom of Vijayanagar and was later conquered by the Bahmanī sultanate, which founded Old Goa on the island in 1440.[2] The Portuguese invaded Goa in 1510, defeating the Bijapur Sultanate. The Portuguese rule lasted for about 450 years, and heavily influenced Goan culture, cuisine, and architecture. In 1961, India invaded and annexed Goa after a 36-hour battle. The area of Goa was incorporated into Goa, Daman and Diu, which included the Damaon territory in the north of the Konkan region. In 1987, following the Konkani language agitation Goa was granted statehood. Goa has one of the highest GDP per capita and Human Development Index among Indian states.

Accommodation & Breakfast
Desc:- Experience breezy vibes today as you mark your arrival in Goa. As you arrive in Goa today, you will be picked and assisted and transferred to the hotel. On reaching the hotel, Check-in to the hotel and take no time to freshen up as you have the rest of the day at your own leisure. In this Goa itinerary for 3 Days you can explore and learn more about the locals today. Try out all the amazing delights and range over local sights. You can also indulge in shopping for great retail therapy at the nearby markets. In the evening return to the hotel for overnight stay.

Accommodation & Breakfast
Desc:- Start your day with a lovely freshly prepared breakfast at the hotel. After breakfast, get ready for a power packed excursion to the famous Dudhsagar Falls. Enjoy spectacular views of enthralling Dudhsagar Falls and refreshing spice plantations. Originating in Karnataka, the falls are mesmerizing and one of the highest falls in Goa. Demarcated into four stunning tiers, the beauty of Dudhsagar Falls is best to explore with the jeep safaris that operate regularly from Mollem. Through the splendid cover of forest that surrounds the Dudhsagar Falls, the jeep safaris will take you here on a two hours ride. You can also trek here to the luscious forest that surrounds the falls. This Goa itinerary for 3 days is made more exciting with a visit to the spice plantations as well. The far reaching stretches of spices like clove, cinnamon, pepper, nutmeg and a wide array of fruit trees and betel nut trees will leave you in awe. Now, to wind up the day, return to the hotel for overnight stay.

Accommodation & Breakfast
Desc:- After a relishing breakfast in the morning today, get ready to check out from the hotel as your 2 nights 3 days package Goa comes to an end today. Return home with a bag full of unforgettable memories to cherish forever from the famous Dudhsagar Falls in Goa. With your transfer to the airport/railway station, your vacation in Goa comes to an end. 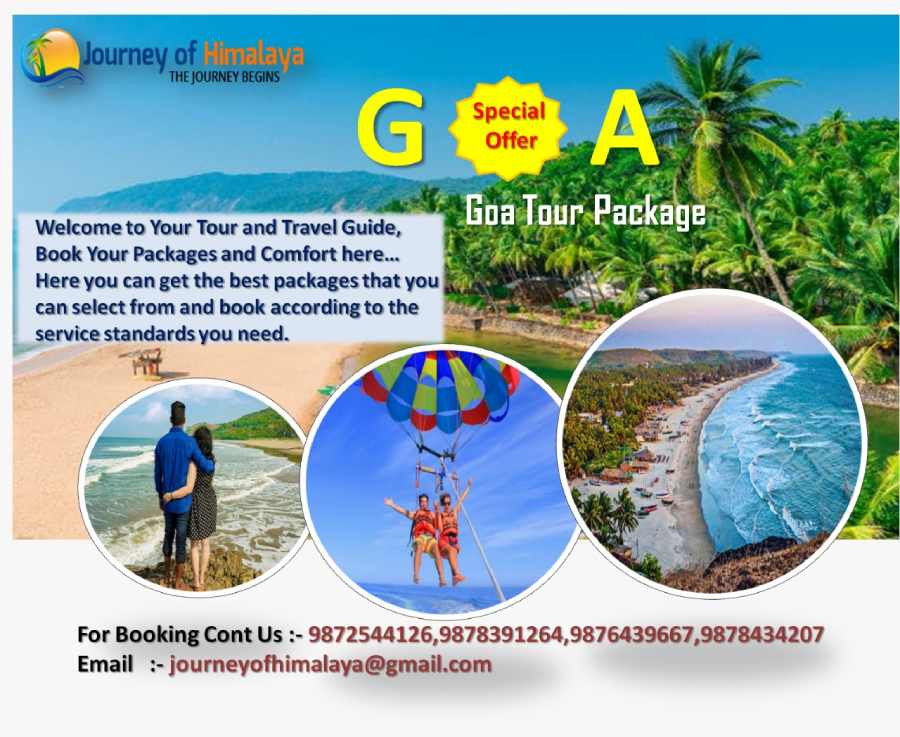 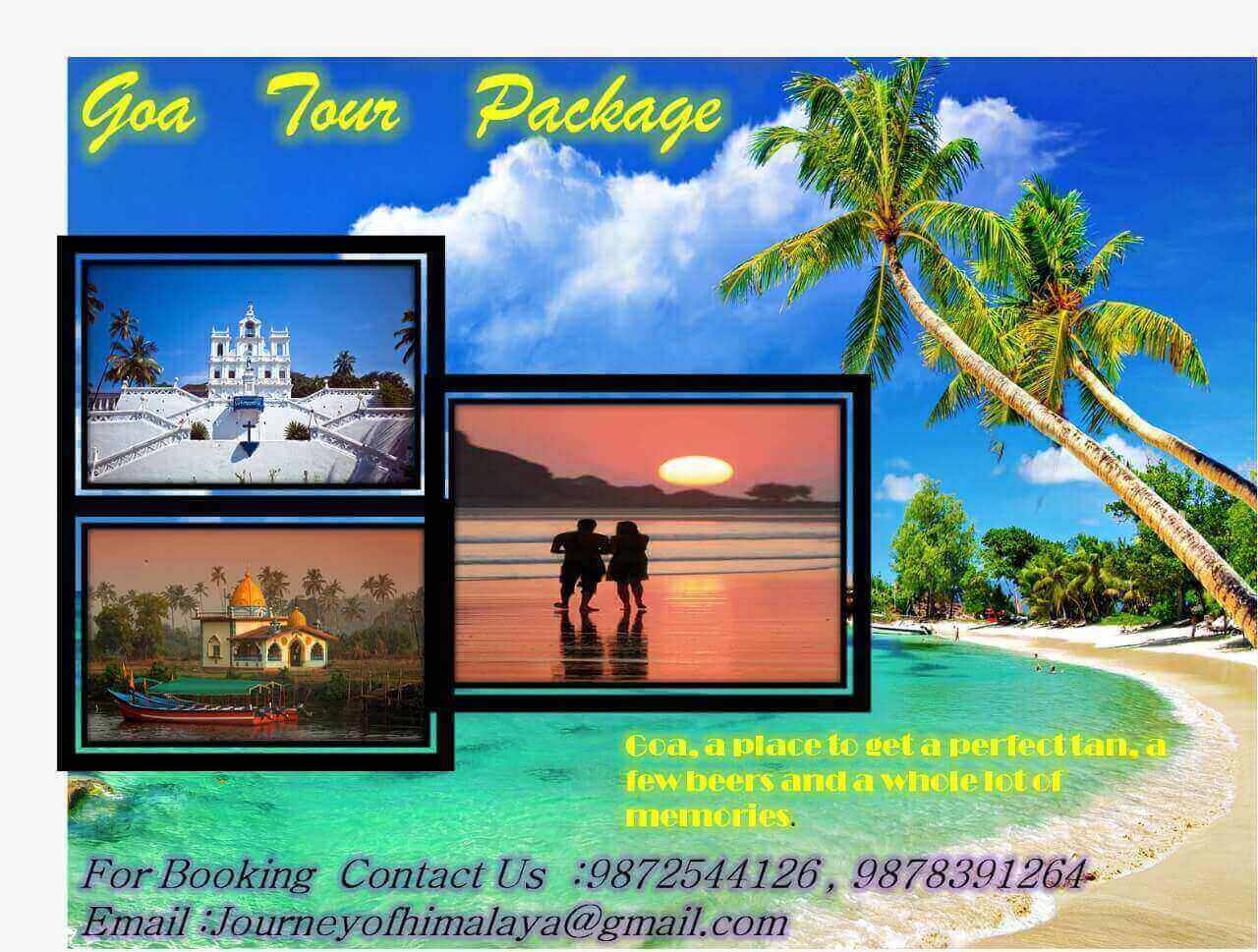 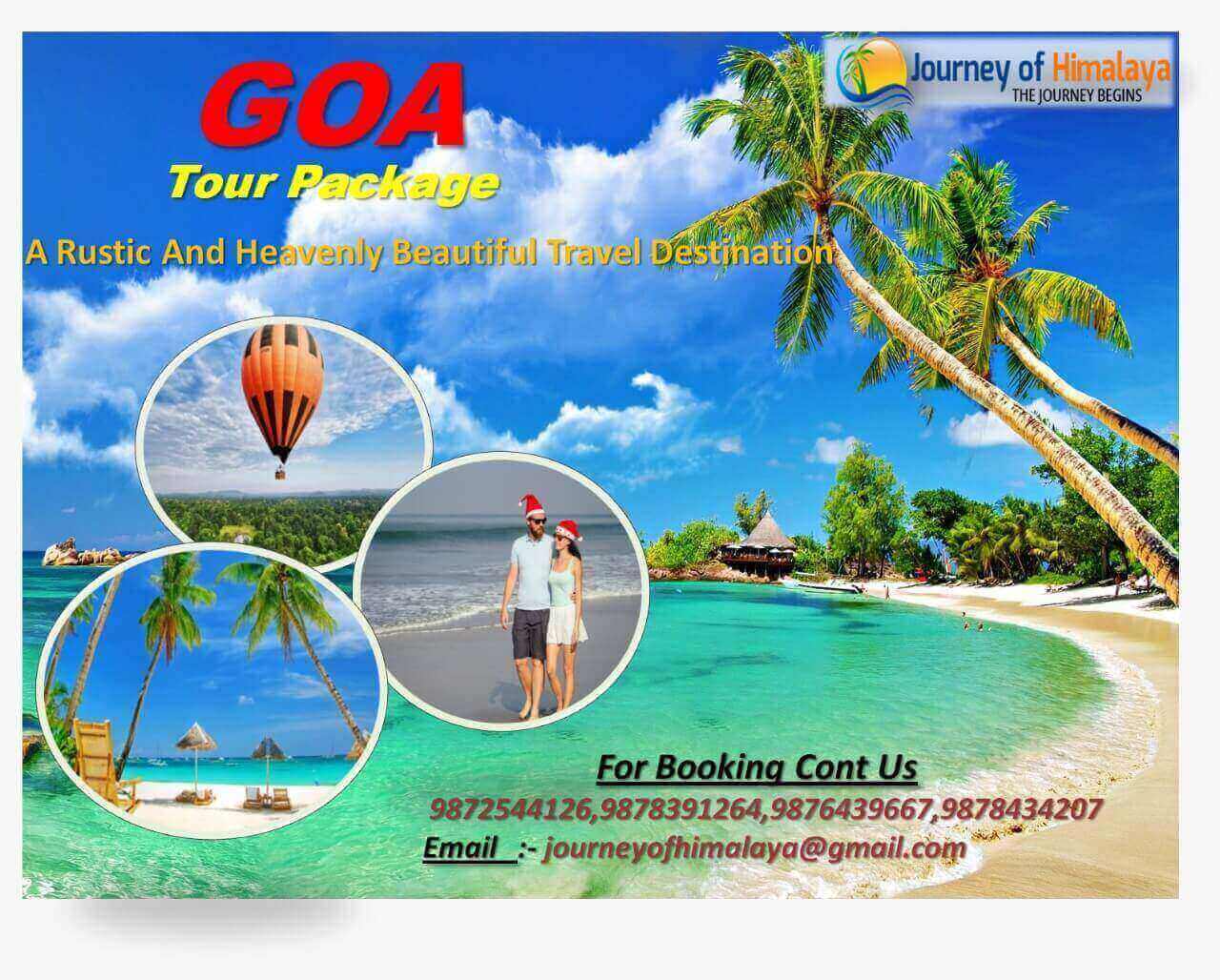 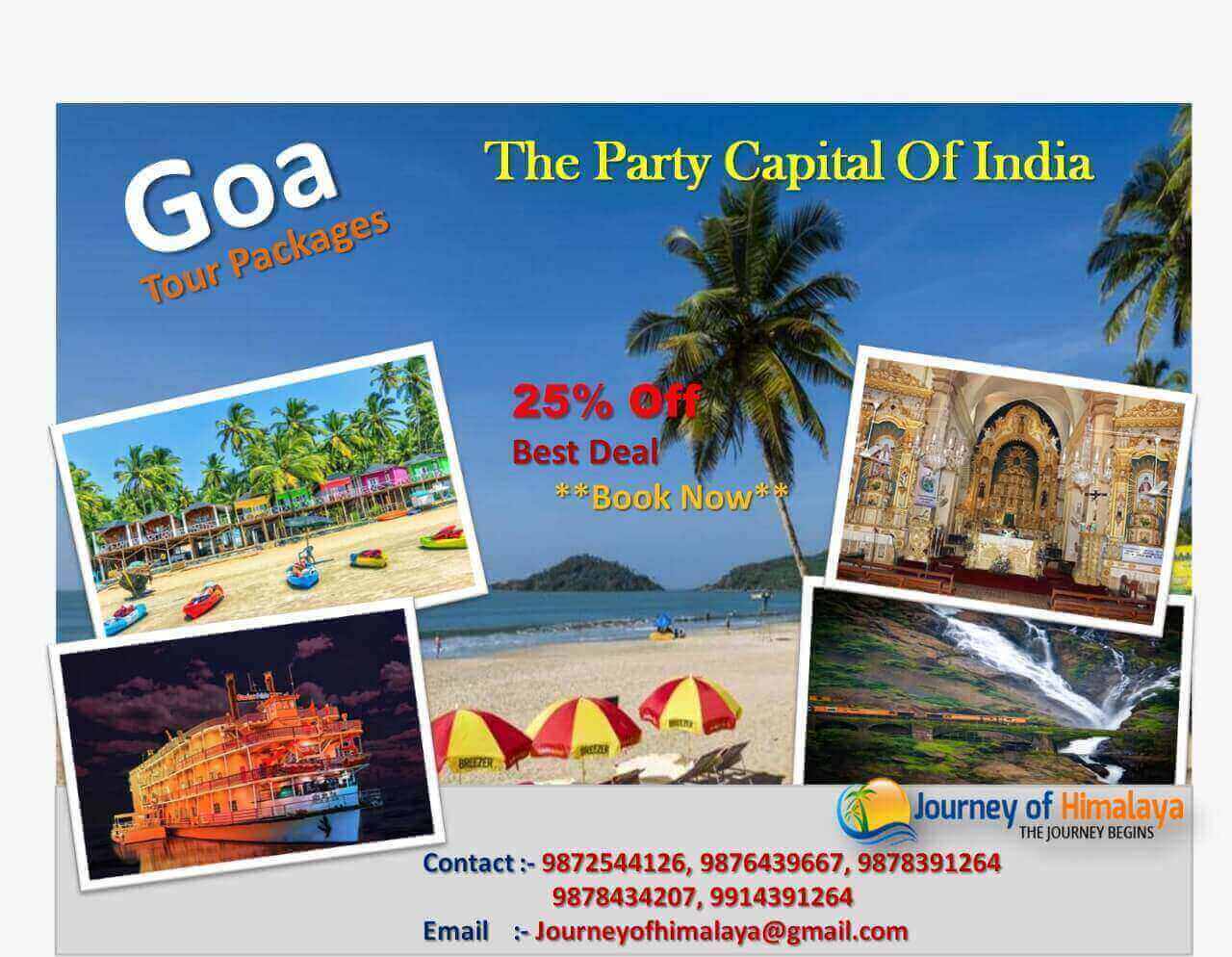 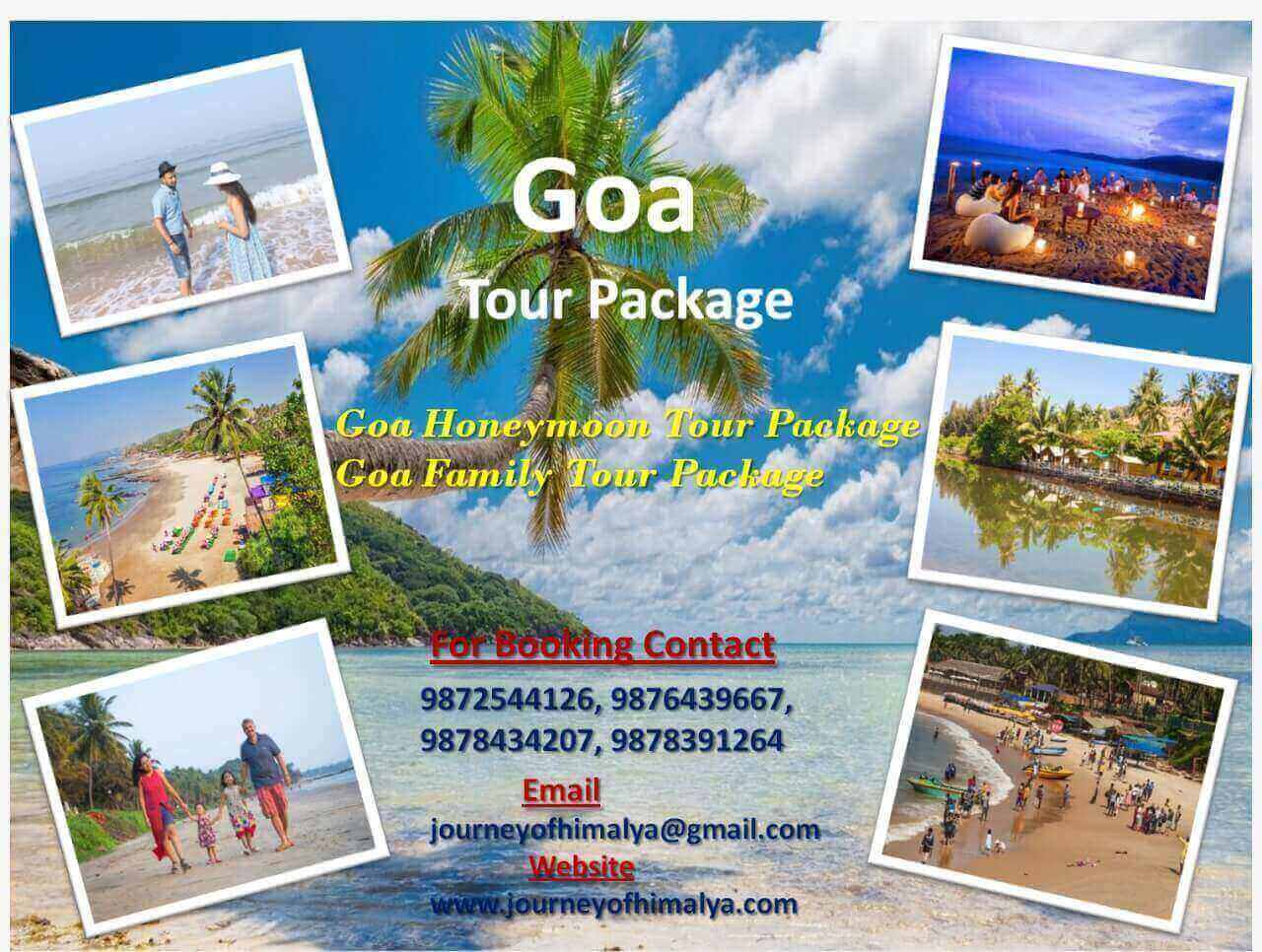 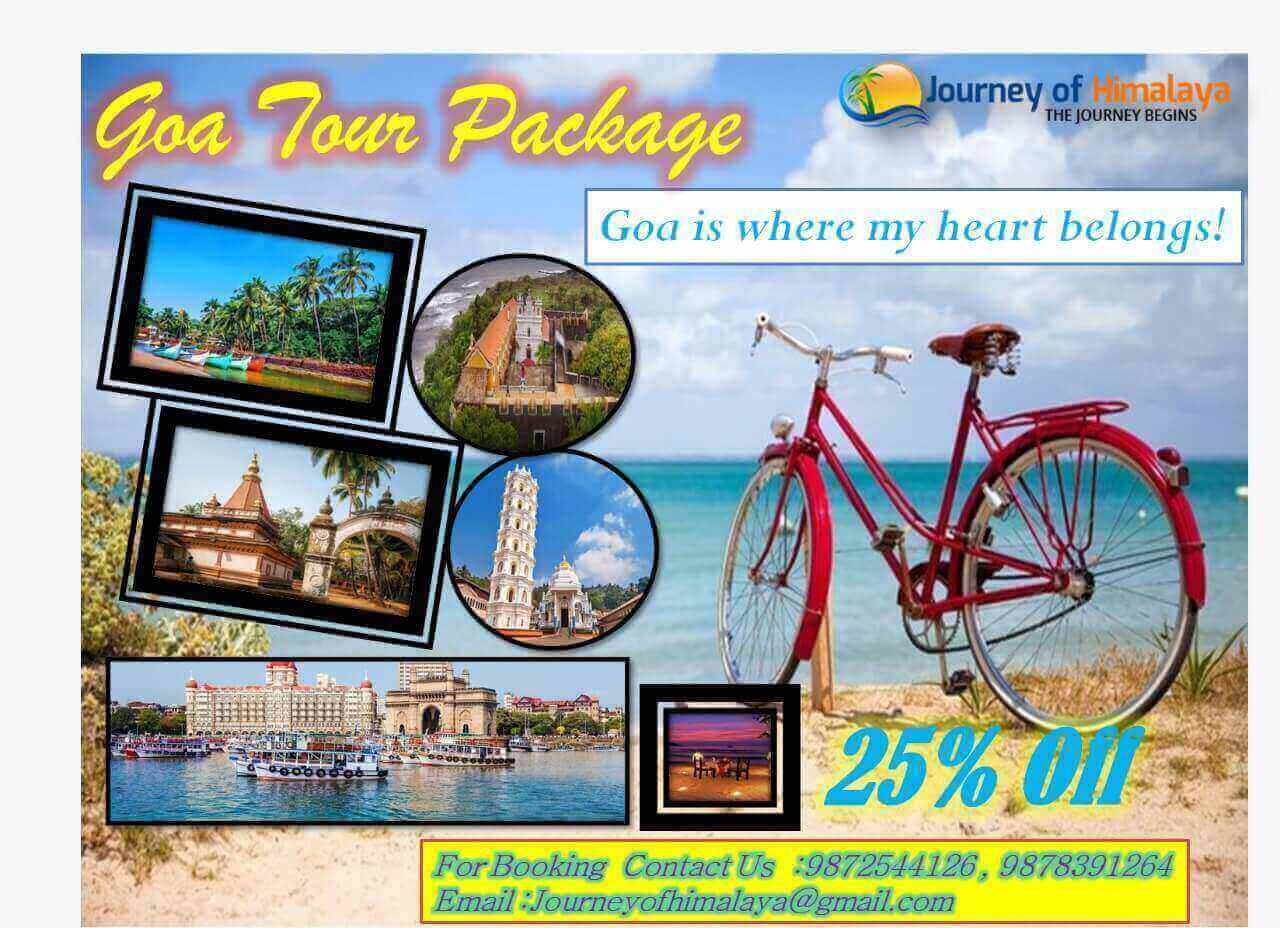