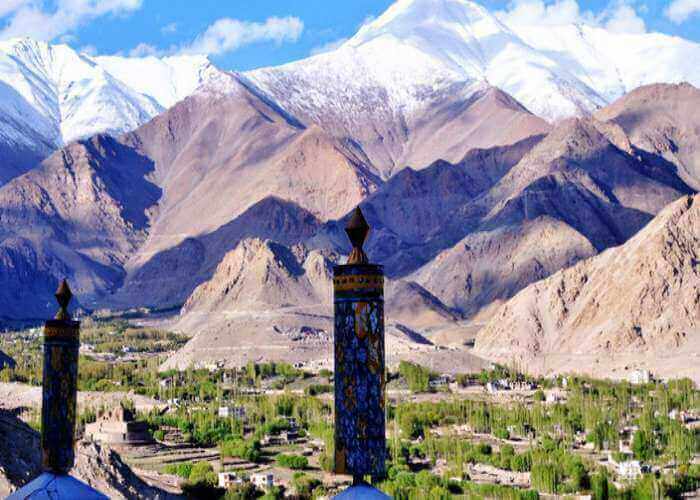 Leisures At Leh Ladakh :  Discover the wonderful sights and sceneries of Leh Ladakh in this magical tour. Leh is the joint capital and largest town of the union territory of Ladakh in India. Located in the Ladakh region of Jammu and Kashmir, Leh-Ladakh is known for its stunning scenic locales, Buddhist temples, and pristine environment. Due to the strong influence of Tibetan Buddhism, Leh is also known as Little Tibet or the Land of Lamas. Journey through the stark and bare mountains and valleys where you will meet friendly locals. Visit the unique Magnetic Hill, view spectacular stupas and monasteries in Alchi, Hemis, Likir, Shey, and Thiksey, marvel at the indescribable beauty of Pangong Lake, and visit Nubra for a panoramic view of mountains.

The city is famous for its gardens, lakes and houseboats. Srinagar is also called the city of lakes and the Venice of the East. Srinagar has fascinated tourists for centuries with its beautiful picturesque Himalayan backdrop, glittering lakes. Lakes are surrounded by houseboats and Shikaras and the majesty of Mughal architecture. Heavy snowfall affects the connectivity of Srinagar during the winter months.

Kargil is a tourist hotspot that's small enough to be explored by wayfaring. Situated close to the line of control, Kargil is also a volatile region. Kargil is also known as the battleground for the Kargil War which was fought in 1999. When Pakistani soldiers, disguised as Kashmiri military insurgents, infiltrated the area in and around Kargil. Kargil is bestowed with natural beauty and adventure. Kargil rests on the banks of River Suru and also offers unique opportunities for river rafting.

Nubra Valley is known as the Orchard of Ladakh and was originally called Ldumra which meant the valley of flowers. Nubra's stark landscape, jagged mountains and altitude attract adventure tourists from across the globe. The valley is accessible through the world's highest motorable road also. Kargil is now a peaceful and immensely beautiful city, which serves as a famous spot for tourists year after year. Book your Leisures At Leh Ladakh to experience the beauty of nature. Also Exciting deals and offers in Kashmir with Leh Ladakh Tour Package. The above Itinerary is just indicative, do not consider it as a Final Schedule. It can be changed swapped or rerouted. Date & Time of Tours can be changed by Local Agent / Tour Operator. Any Driving distance mentioned in the itinerary is tentative, actual time may vary depending on traffic conditions and various other factors beyond our control. The kindly note gave the current dynamic situation some monuments or sightseeing places may be closed temporarily without any prior notice; in such cases, every attempt will be made to visit alternate sightseeing if possible.

Arrive at Leh airport by morning flight from Delhi. This flight is one of the most sensational flights in the world. On a clear day from one side of the aircraft can be seen in the distance the peaks of K2, Nanga Parbat, Gasherbrum and on the other side of the aircraft, so close that you feel you could reach out and touch it, is the Nun Kun Massif. Upon arrival, you will be transferred to your hotel. You would take a little time to settle in and acclimatize since you have gone from a relatively low elevation in New Delhi to over 11,000 feet! During the afternoon visit – Shanti Stupa & Local Market. Dinner and overnight stay at the hotel in Leh.

After breakfast, drive to Sangam (Confluence). En-route visit Magnetic Hill and Gurudwara Patthar Sahib. Visit Confluence of Zanskar and the Indus River. The Sangam (Confluence): One of the most arresting moils of nature in Ladakh is Sangam, the confluence Indus and Zanskar Rivers. It is one of the hot tourist spots near Leh town. The Indus runs through Ladakh all along by your side serving as a constant companion and you feel a sense of respect for this lifeline of the people of Ladakh, especially since Ladakh experiences rainfall of only 2 to 3 inches throughout the year. Both Indus and Zanskar Rivers merge with each other as if they had flown all along just for that purpose. Magnetic Hill: The only hill with an anti-gravitational effect in India is magnetic. It has a unique feature that the vehicle is left at the base of the hill with the unlocked brakes; it will start moving upside on its own. It has a landmark made of yellow notice boards where various instructions for visitors are written. Gurudwara Patthar Sahib: High-altitude outpost connected to a Sikh religious legend, with mountain views & refreshments. Gurdwara Pathar Sahib is a beautiful Gurudwara sahib constructed in the memory of Guru Nanak, about 25 miles away from Leh, on the Leh-Kargil road, 12000 ft above sea level. The Gurdwara was built in 1517 to commemorate the visit to the Ladakh region of Guru Nanak Dev, the founder Guru of the Sikh faith. Hall of Fame: Hall of Fame is a museum located on Leh airport road. It has various sections on display starting from the terrain of Ladakh. This is constructed by the Indian Army. You will find memorabilia, eminent defense personalities’ biographies, images and weapons used during the Kargil war, and belongings of enemy soldiers found at the war site. overnight stay at the hotel in Leh.

The morning after breakfast, checkout from the hotel and drive towards Khardungla, over Khardung La (One of The Highest Motorable Road In The World) at 5,602 Mtrs /18,390 Ft, around 39 km from Leh. From the pass, one can see all the way south over the Indus valley to seemingly endless peaks and ridges of the Zanskar range, and north to the giants of the Saser massif. When you arrive in Khardung la group will spend some time over there and then drive to Nubra Valley, Enroute visit Deskit Monastery, In the evening, arrive at Nubra Valley. Visit Hundar and Sand Dunes. You can take a ride on a double-humped camel here. Check into the hotel/camp in Nubra Valley and have your dinner before going to sleep. Overnight stay at the hotel in Nubra.

The morning after breakfast, check out from the hotel and proceed towards Diskit Monastery. After the Diskit Monastery, proceed to Pangong. Pangong Lake: The picturesque lake is one of the major draws of the Leh-Ladakh Valley. Pangong Lake is a prime tourist attraction. Along the narrow basin of inland drainage, hardly six to seven kilometers at its widest point and over 130km long, it is bisected by the international border between India and China. A few years back the government decided to open it to tourists through the lake and its surrounding area under army surveillance. After spending some time at Pangong Lake. In the evening check in at the camps in Pangong Lake and have dinner. Overnight stay at the camp in Pangong lake.

In the morning, have your breakfast at camps in Pangong. Thereafter, proceed for your return journey back to Leh. On your arrival in Leh, you may enjoy the evening at leisure. Overnight stay at the hotel in Leh.

The morning after breakfast, we will transfer you to the airport for your flight to Delhi. Bid adieu to the magical land of Ladakh with fond memories of picture-perfect sceneries & breathtaking architecture. 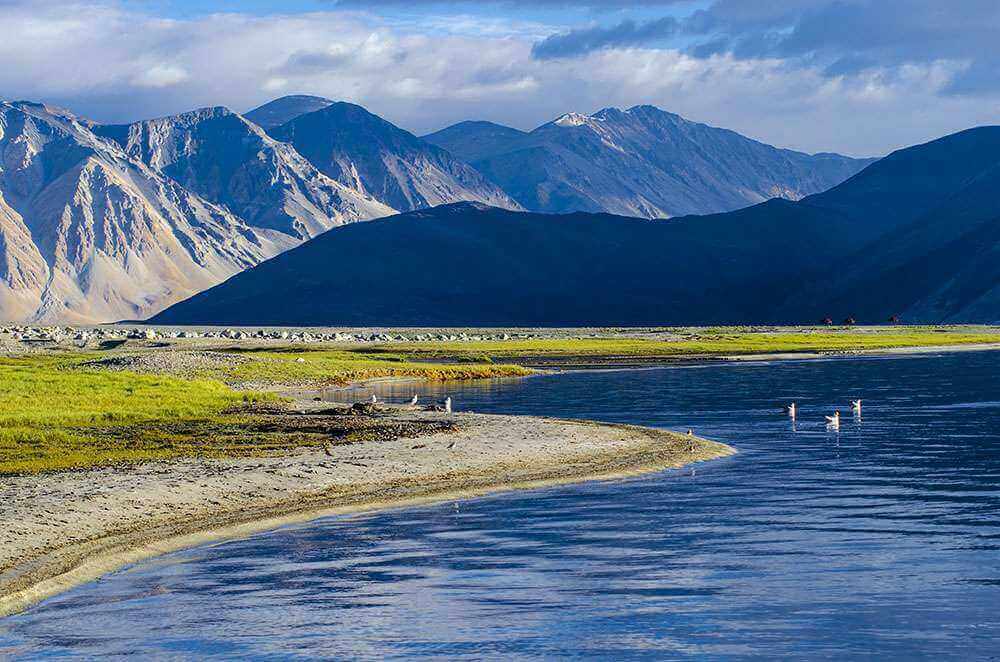 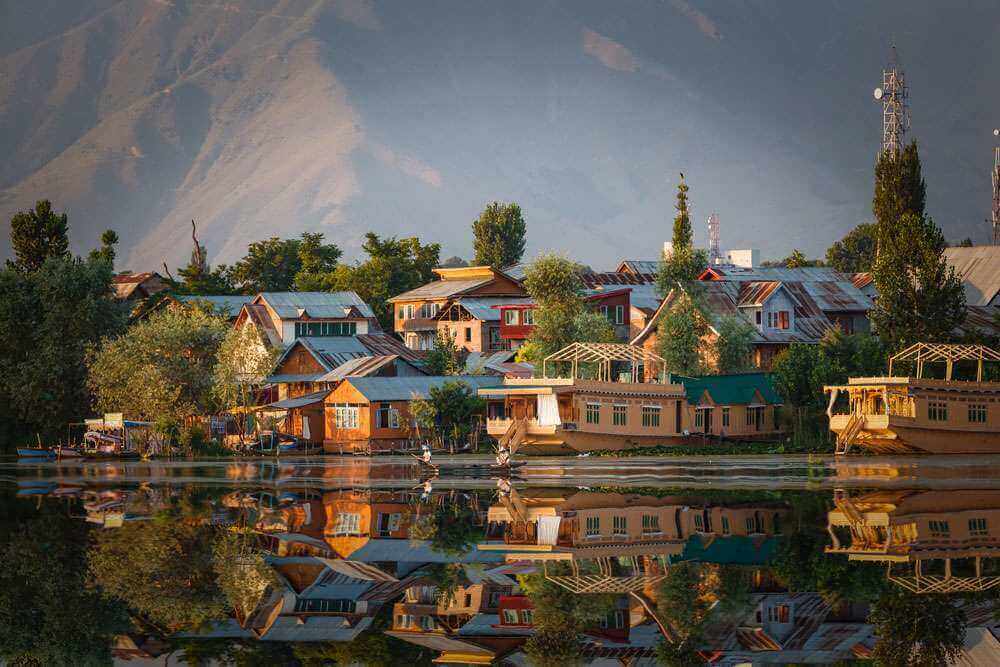 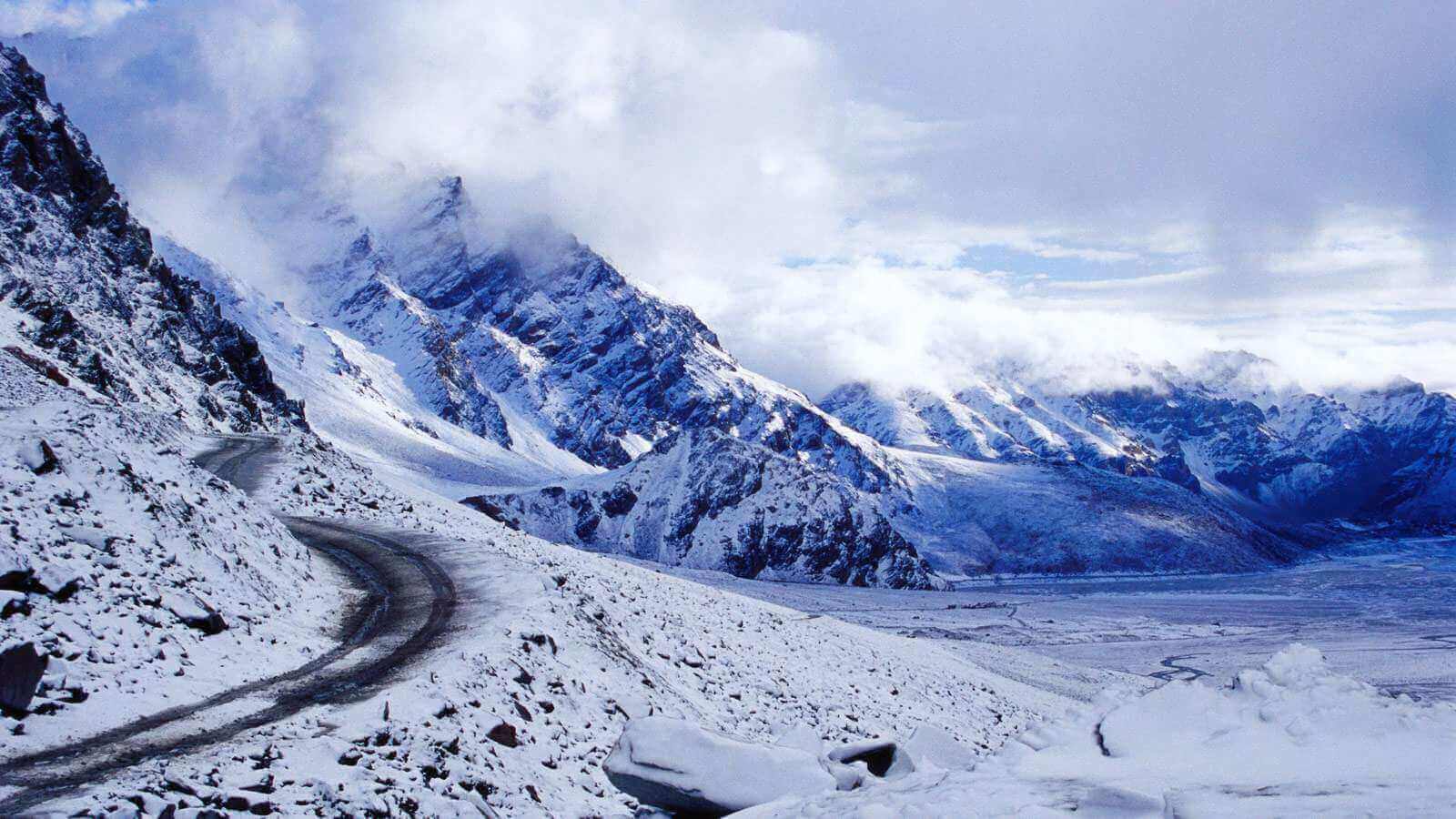 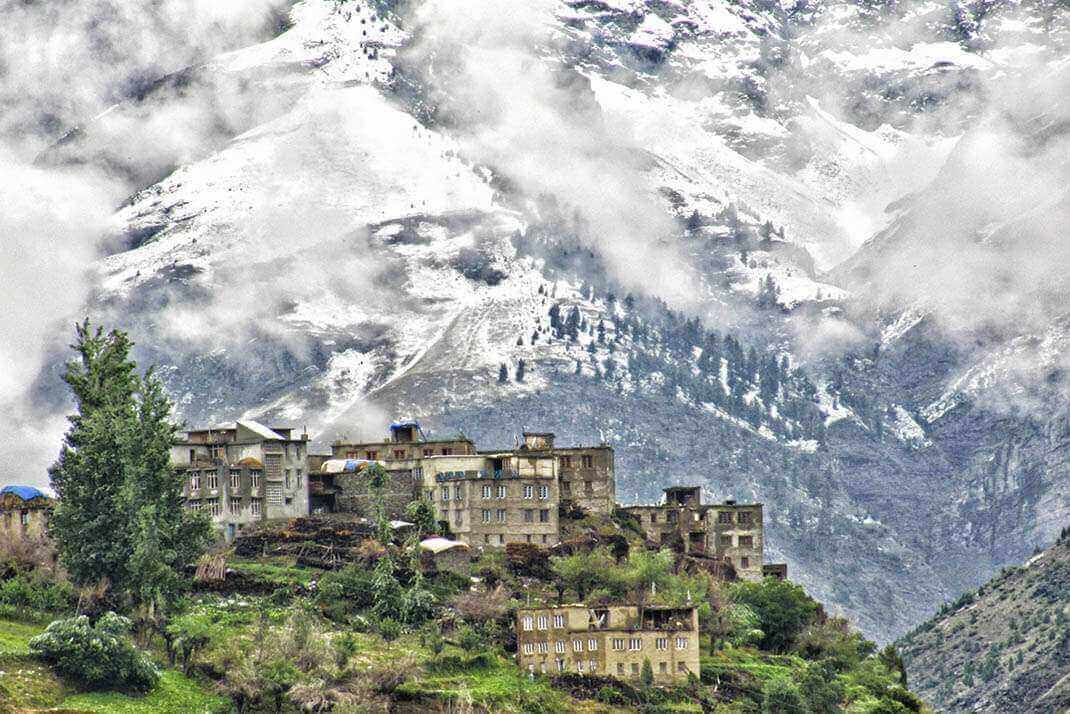